The Next Evolution in Meme Marketing – Own It. 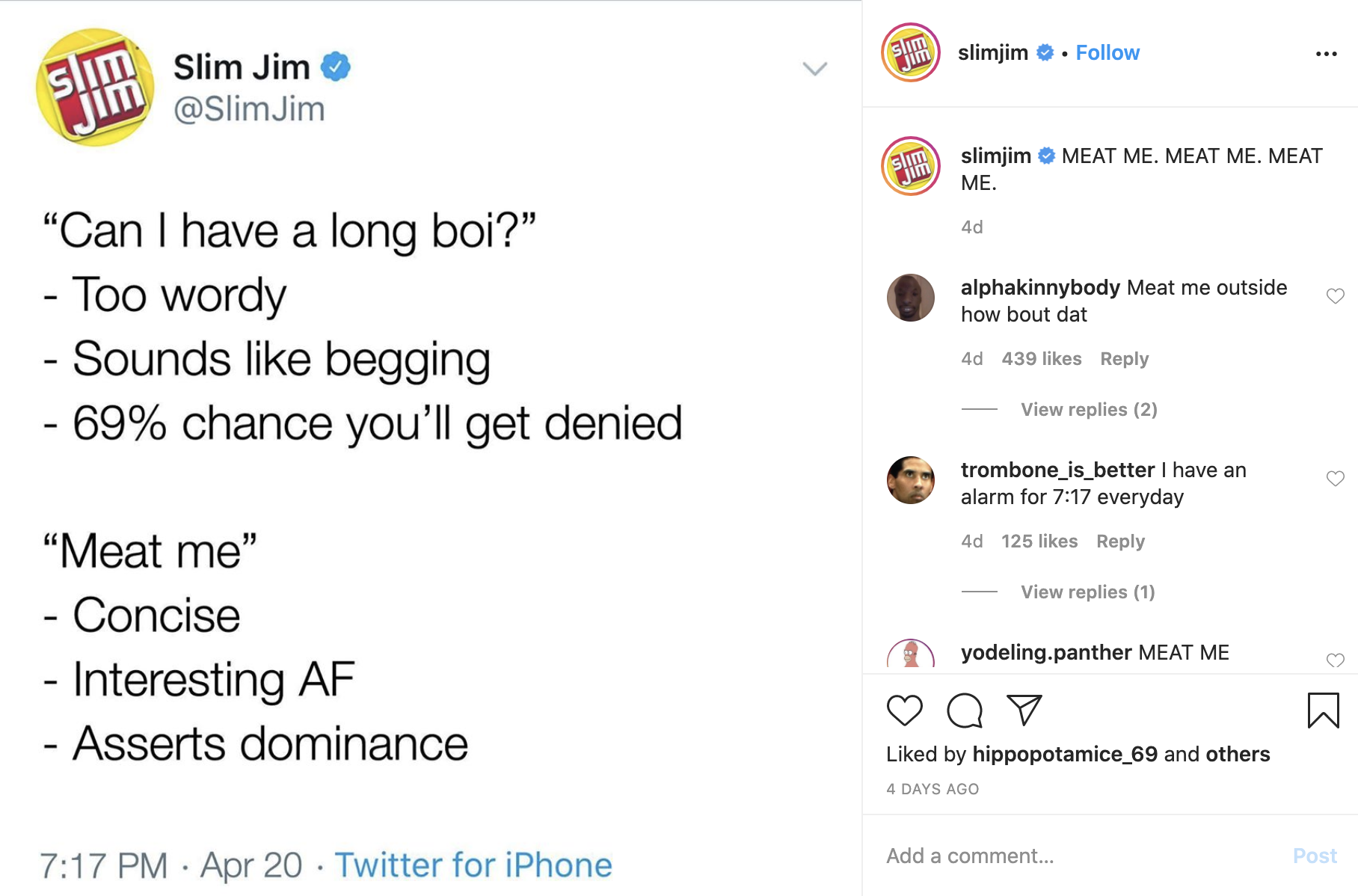 If you go to Co-Star (Astrology App) or SlimJim’s Instagram pages the first thing you’ll notice is that they have massive followings of a million+ followers, the second thing that you’ll notice is that they’re not actually directly selling or pushing their respective products. The story for SlimJim has been reported here but a quick recap is SlimJim had a forced, corporate looking social presence, while a teen-run meme account based on SlimJim’s perception in culture @slimjimsdoingthings had 3x the followers. Instead of fighting the internet perception and trying to run their own social media with their legacy team, they hired the creator behind @SlimJimsDoingThings in the fall of 2018 and grew their following from 5,000 to 500,000 in under a year. They currently have more than doubled that in a shorter time span. 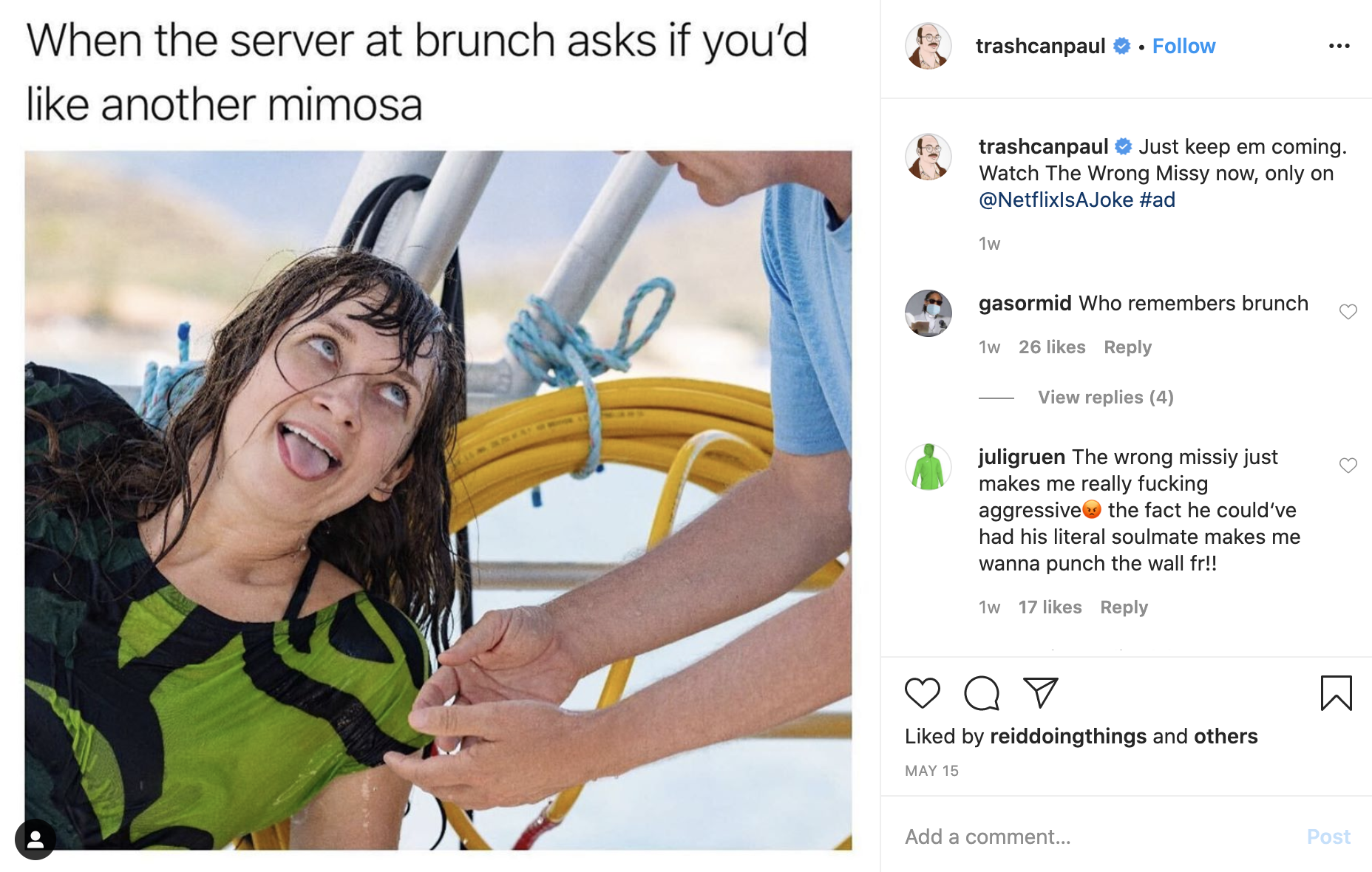 The idea of running successful campaigns on major meme accounts to promote your content works (examples: Netflix or Hulu ) and that’s why it’s been the standard. We think that the next evolution of this is not just hiring for a post, but hiring for your own brand presence. Own the memes, own the account, and play into your brand’s perception and audience.

We saw countless missed opportunities with large trends like VSCO Girl, eBoy, OK Boomer, and so many others due to a lack of awareness on what real-time marketing really is. It’s not about simply having your social media manager post the meme of the day, but it’s about understanding the intersection of your brand, public perception, cultural timing, and understanding if, when, and how you should be part of the conversation or cultural shift.

Yes, this is self-promotional; our consulting service The Primer is here for specifically that, but the larger message is not just to have the correct people advising on cultural strategy, it’s to have the correct creatives executing under your brand in a way that will grow your audience while leaning into the cultural perception of your brand. If you need recommendations, just reply to this email!

Sponsored posts work, but long term your brand and business should be leaning in to building out your brand’s presence for your audience, growing that audience, and not just pushing your products.

TikTok’s algorithm is known for feeding people content that’s eerily representative of their interests, senses of humor, and demographic groups. As the For You Page shows users hyper-specific content, it allows them to find community and like-minded creators, but can also prevent them from seeing good content that falls outside their pre-existing interests and communities. 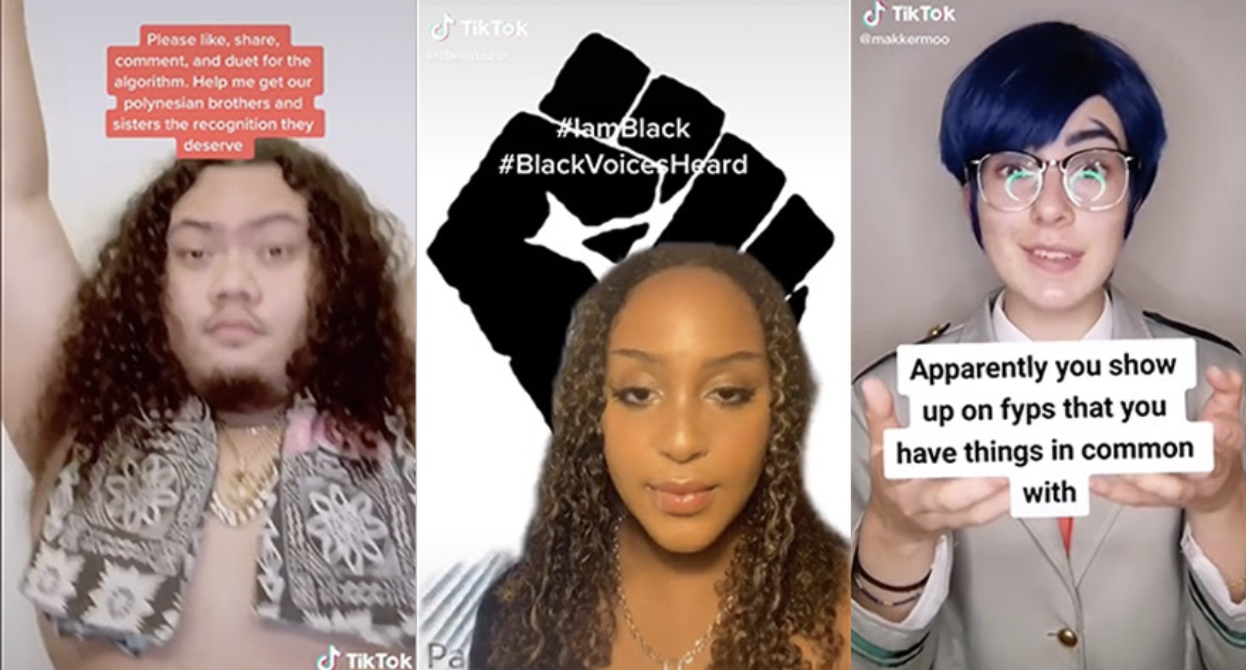 In response to the way the mysterious algorithm functions, some TikTokers create videos that reference the algorithm and even try to game it. For example, leading up to May 19, Black TikTokers and allies led a campaign to highlight Black creators and call out racism, changing their profile pictures to the Black Power symbol and using the hashtag #ImBlackMovement.

TikTok has had issues with censorship and limiting content from members of marginalized groups. As people band together to try to make the algorithm work for them, creators are taking back some of the power that the platform has over their content. Although the exact workings of the app’s algorithm are unknown, viewers looking to diversify the content they see on TikTok can go out of their way to interact with videos and creators that the algorithm doesn’t automatically feed them.