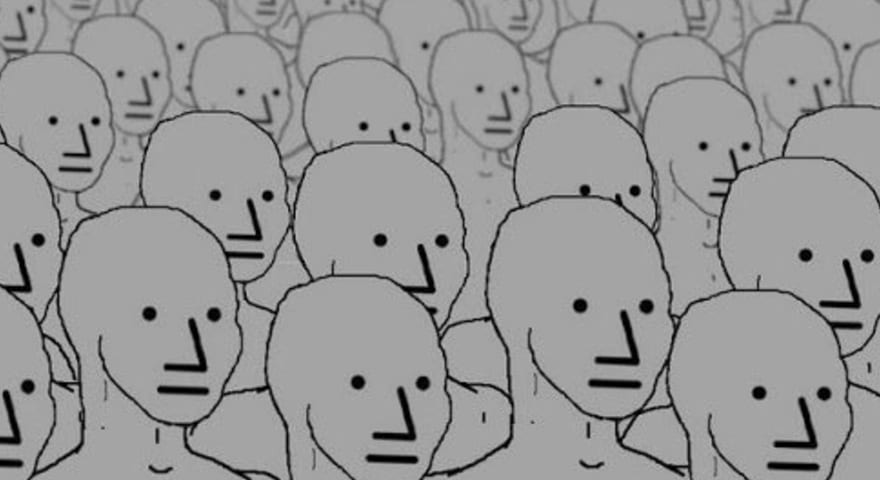 What Is A Doomer?
Memes

The Brief: "Go brrr" Wojak memes include variations of the "haha money printer go brrr" image macro to depict situations in which someone smugly does something against another's wishes.

According to Know Your Meme, “go brrr” Wojak memes first appeared in a tweet by @femalelandlords on March 9, 2020. The tweet featured an image macro of a Zoomer wojak with a yellow and black bowtie to represent anarcho-capitalism facing a Boomer wojak. The Zoomer is crying and protesting to the U.S. government’s artificial inflation of the economy, a reference to the Federal Reserve’s $1.5 trillion “loan injection” after the stock market took a hit due to the COVID-19 pandemic. The Boomer character, who is shown next to the U.S. Federal Reserve seal and a machine printing money responds “haha money printer go brrrrr.”

After this original meme went viral, numerous variations started popping up across several social media platforms. Not only do these “go brrr” memes depict scenarios about the Federal Reserve, inflation, and money printers, they’ve also been edited to represent politics, history, religion, and more. These variations usually include additional illustrations to mark the characters and concepts shown, keeping themes of anger and opposition similar to the exchange seen in woman yelling at cat memes.

While Wojak has roots in far-right 4chan circles, this particular meme format has been used to express a wide variety of beliefs and political views.

wtf i thought we were playing on hardcore mode from dankmemes

Endless variations of Wojak “go brrr” memes can be created with this template.

Next up: Memes About 'Being Perceived'

Memes About 'Being Perceived'