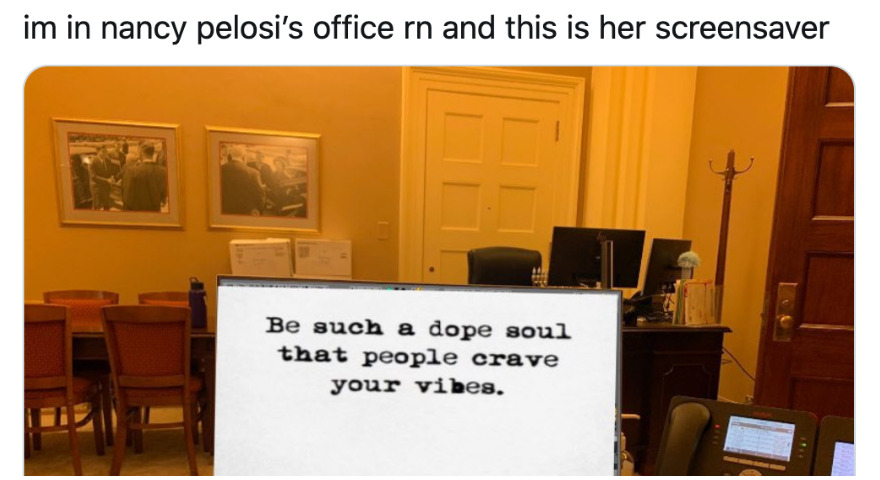 Who Is The Speaker Podium Thief, AKA, Via Getty? Explainer and Memes

The Brief: Speaker Podium Thief and Via Getty memes began spreading on the internet after a Trump supporter stole the Speaker of the House of Representatives podium from the Capitol on Jan. 6.

Trump supporters took over the Capitol building on Jan. 6. One guy managed to get away with the Speaker of the House of Representatives podium. He brazenly posed for Getty photographers while making his way out the building.

The speaker podium thief is Adam Johnson from Florida.

Adam Johnson of Parrish, Florida has been identified as the man caught in a viral photo stealing a lectern from the U.S. House during Wednesday’s violent mob attack on the Capitol. Why hasn’t he been arrested? pic.twitter.com/QoClQybCT5

Dude literally walking around w/ the Speaker's Podium but do go on, Fox News pic.twitter.com/nBzIdDlVNd

The image of Johnson and the podium became a mainstay on the Twitter timeline.

Some users mistakenly identified him as Via Getty, the watermark from photo licensing company Getty Images.

It says right there that his name is "Via Getty"

Absolutely losing it over the fact folks think this asshole’s name is “Via Getty” pic.twitter.com/A2e6rmroGD

To be clear, “via Getty” is not a person. It just means that this photo comes via Getty Images. https://t.co/SZY4yQ0AlI

This alone inspired its own set of memes.

naming my kid via getty

We need to immediately arrest Via Getty and his accomplices Via Reuters and Via Ap https://t.co/yFPWSKZz2P

Later that day, the speaker podium appeared as a listing on eBay. It’s unclear whether Johnson put it up for auction.

They put the speaker podium on Ebay 🤣🤣 pic.twitter.com/bAK458NQmW

According to one internet user, the listing was pulled after reaching $96,000.

I fucking love this country sometimes…
They. Put. The. House. Speaker. Podium. On. eBay!
Lmao 😂😂😂😂😂😂
Started at 400$ made it to 96k before it got pulled!
You can’t make this shit up!! pic.twitter.com/YcjloVkKpO

At this time, there are no updates on whether Johnson will be charged for stealing the podium.

Next up: Who Is The QAnon Shaman? Explainer and Memes