eBoy Style Guide – How To Be An eBoy
News 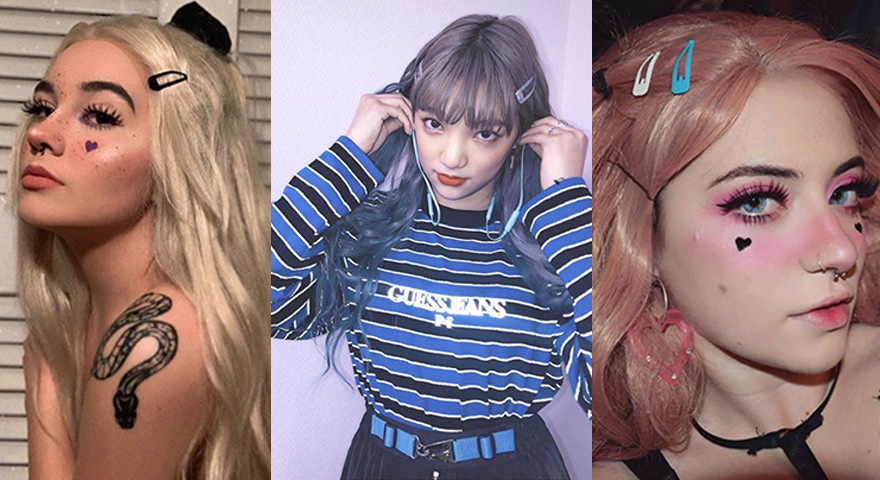 The Brief: A social media trend and stereotype: the eGirl is taking the internet by storm, for better or for worse.

*Check out our how to be an eGirl style guide for a step-by-step breakdown on how to recreate the eGirl look yourself.*

An eGirl, e-girl, or egirl, can be many things. The term is a combination of “e” (as in “electronic”) and “girl.” The common denominator for eGirls is in the name: they are young women who devote enough time on the internet that they’ve cultivated an online persona.

On TikTok, the hashtag egirl has received over half a billion views, and on Instagram, over 500,000 posts have been labeled with #egirl or #egirls.

“an egirl is simply a girl who has some sort of influence on the internet, having a somewhat specific style or aesthetic associated with the individual” @urmothsgf

What may seem to be simply a style trend is much more. The 2019 eGirl has been in the making for a while and demands to be defined by more than what she looks like.

The 2019 eGirl is most conventionally exemplified by two types of meme videos on TikTok: “eGirl Factory” videos and an eGirl dance video.

eGirl factory videos depict someone going into a room labeled “eGirl factory” or drinking a liquid labeled “egirl juice.” Then, they are transformed from an “ordinary person” into an “eGirl.” Some videos show moms, grandmas, and boys getting “turned” into eGirls. As someone becomes an eGirl, her hair is put into pigtails, blush is brushed on her face (including on her nose), she might get a nose ring or septum piercing, and her outfit changes to match an eGirl aesthetic. The main soundtrack to these videos is “Me Me Me” by AntiNightcore.

While these videos may unfairly reduce eGirls to their physical characteristics, they also suggest that anyone can be an eGirl. It’s an idea that highlights how eGirl is ultimately a persona and how the internet creates opportunities for people to present themselves in any way they want, with eGirl style being one of their many options.

The second video style is more simplistic. Someone who fits the “eGirl look” dances to a slowed-down cover of the Spice Girls’ hit “Wannabe” by Why Mona. The moves to this dance were created by choreographer Kyle Hanagami, and is also known as the #wannabechallenge. Some of these videos are more overtly sexualized than others, revealing an underlying tension within the eGirl archetype. Many videos seem to take the approach the eGirl archetype lightly, even making fun of it. Overall, the eGirl persona appears to exist at the intersection of total irony and complete seriousness.

Beyond these two video styles, many eGirls have risen to fame on the video sharing platform, garnering thousands and even millions of online likes and followers.

The eGirl archetype was pioneered by women and girls, but people of all genders can be e-people if they identify with any or all aspects of eGirl culture and aesthetics. eBoys can be found on TikTok, Instagram, and other social media platforms. Although they are significantly less numerous than eGirls, their existence online is reasonably strong and growing.

Although there is a dominant style prevalent in posts labeled #eGirl, the overall look for this trend draws from various established styles. Influences include cosplay, KPOP, goth, anime, skater girl, punk, grunge, Instagram Baddie, and other social media aesthetics.

There’s a Japanese girl band named E-Girls, short for Exile Girls, but there has been little mention of the group in reference to the TikTok or Instagram eGirl style.

The quintessential TikTok 2019 eGirl can be recognized by her outfit, makeup, and hairstyle. This likely includes a short, high-waisted skirt with a band t-shirt or some other punk-influenced outfit; hair either in pigtails or brightly colored hair clips, and bold, goth-inspired makeup. Another eGirl signature is little black hearts drawn or stamped below the eyes.  Elements of this look are often simultaneously infantilizing and sexualizing, such as pairing pigtails with revealing clothing.

come here for a kiss 🖤 *i haven’t posted in nearly a month. i took a small break to focus on myself and im feeling much better now! i love you and miss you all.

Many of the eGirl or egirl adjacent people I interviewed indicated that they’ve been incorporating what would now be called eGirl styles into their looks for years, before it blew up and became associated with eGirls.

“Like the music e-girls listen to and activities like skating or making their own music. e-girls probably watch anime and they definitely follow trends but it’s their own trends so they aren’t like basic girls” @briarrori

“Lots of people think e-girls are just posers and they only have their style because it’s trendy right now. But they forget that many girls like me have been into alternative fashion for years. The fact that they’re still into the style doesn’t make them ‘fake’” @rottenpeachcorpse

Authenticity appears to be important to eGirls. There seems to be an established dichotomy between “posers” and more “authentic” eGirls. This is likely in reaction to comments received about not having invented this style or suggestions that they are merely trend-following for clout.

The language in the comments section on a typical popular e-girl’s social media is rife with stan culture slang. Comments such as “uwu,” “what a kween,” or “ooofff” indicate that many of these girls are being treated as beloved celebrities and public figures and that they influence a substantial number of fans.

“i suppose i like it, the inherent need for validation is obviously part of that, but it’s fun. other than the creeps of course”@urmothsgf

Other comments are more explicitly about an egirl’s appearance. They range from appreciative (usually from other girls) to outright objectifying. The sarcasm and slang-laden world of the internet can make it difficult to discern what is meant as a friendly compliment versus a more degrading comment. For example, calling someone hot or saying that they “look like a snack” can have a variety of connotations.

As A Derogatory Term

Before the eGirls of 2019 and late 2018 came to be, the term eGirl had largely been used as a negative term to put down women and girls who were active in online communities. Similar to the often insulting title “gamer girl,” calling someone an “e-girl” can be a way to slut-shame them or otherwise degrade them. To this day, the term can carry this meaning. It is common to see it on male-dominated gamer forums and sites as an insult rather than a positive or neutral descriptor.

Even if it is in reference to the TikTok eGirl, the term still can carry negative connotations. These relate to insults commonly dished out to women online, which are often rooted in sexism.

Social media handles like @dumbwh*re420, @ibuprofenthot, and @top.shagger1 indicate that many eGirls are aware of their position that many women and girls on the internet find themselves in: subject to heightened scrutiny and attention focused on their bodies.

Elements of the eGirl persona resemble the manic pixie dream girl or goth GF. These caricatures romanticize the idea of women and girls who are imagined to be the “perfect match” or “dream girl” for a heterosexual man. Some eGirls may be intentionally playing into this stereotype – perhaps as a comedic tool or to finesse social media fame.

“TikTok THOT” is another insult developed specifically to refer to girls who appear to be using their sex appeal to gain likes and followers. Names like these come from internet trolls, haters, and misogynists who feel threatened by women and girls who openly own their sexualities.

As with all labels, there is no one definition or cookie cutout of an eGirl. Really, an eGirl is anyone who chooses to identify as such. That being said, the label may be applied to people with or without their approval.

“I wasn’t born an e-girl, but I always stood out from the crowd in a negative way, and being an e girl embodies standing out in a positive way against societal standards” @Emmaouille

Behind every eGirl persona is a unique person who may or may not follow every trend that the typical eGirl subscribes to. Debates over an eGirl’s authenticity or motivations are often rooted in a type of sexism that is prevalent online and perpetuated by both boys and girls.

The high numbers of views, likes, and subscribers so-called eGirls attract is indicative of the popularity of the trend and of eGirls’ ability to capture attention en masse.

Like all internet memes, the eGirl trend will likely continue to change and evolve. This combination of style, coolness, and replicability has captured the attention of millions, highlighting the immense power and influence that girls can have online.

Next up: eGirl Juice And eGirl Factory Videos