“All About Cake” TikTok Dance
News 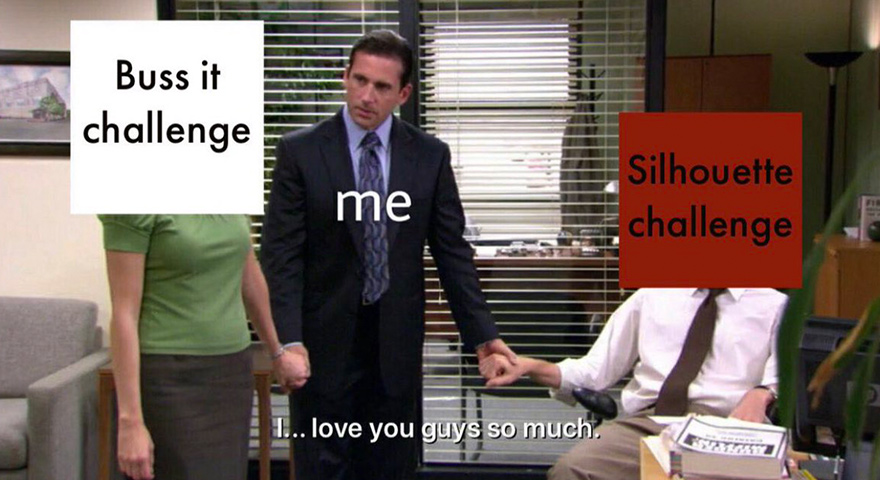 The Brief: People are showing off their curves in the #SilhouetteChallenge on social media.

The Silhouette Challenge is blowing up on TikTok, Twitter, and beyond in January 2021. It consists of videos where someone shows off the silhouette of their body in a doorway with red lighting.

Though not exclusively NSFW, many of these videos show people removing their clothes and dancing in their underwear or nude. As Twitter has fewer restrictions on nudity, some versions on the site include more explicit imagery than TikTok or Instagram. This challenge is a variation of previous internet challenges like the Anime Silhouette Challenge, which was popular on TikTok in the summer of 2020.

These videos are typically set to a remix of the song “Put Your Head On My Shoulder” by Paul Anka, created by TikToker @giuliadinicolantonio. The videos start with someone standing in a doorway with loose clothes on and when the beat drops, they transition to show off their figure as a dark silhouette on a red backdrop. At the time of writing, there are over 41,000 videos on TikTok that use this sound, and videos associated with the hashtag #Silhouette have received over 350 million views.

The red-tinted thirst traps of the 2021 #SilhouetteChallenge have inspired memes and silly parodies as well:

Next up: "Me Trying To" Man With A Knife Memes

"Me Trying To" Man With A Knife Memes