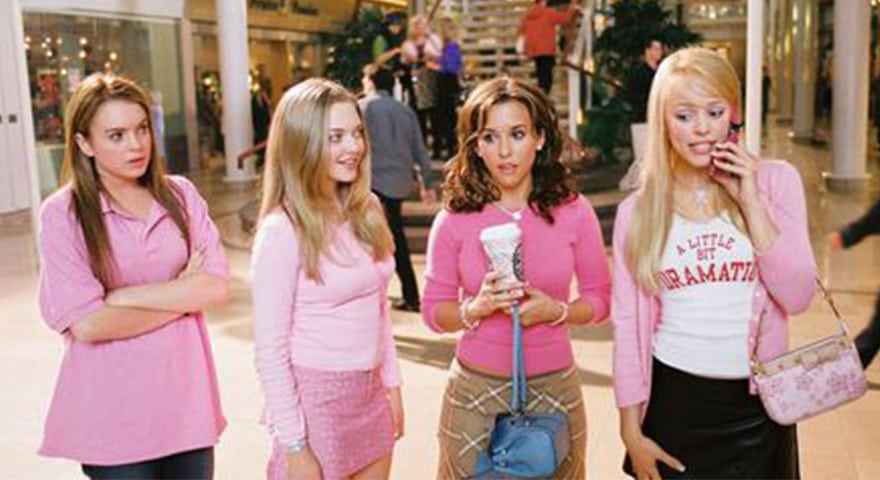 The Brief: To fans of the cult film Mean Girls, October 3rd is known as "Mean Girls Day."

If you don’t have the time to rewatch all of Mean Girls, be sure to at least watch the thank u, next music video, which is a star-studded tribute to some of the film’s most iconic moments.

Mean Girls Day is on October 3rd because, in the film, Lindsay Lohan’s character recalls a scene where her crush, Aaron Samuels, asks her what day it is and she responds, “it’s October 3rd.”

This year Tina Fey will and Busy Phillips will be hosting a Mean Girls watch party on Facebook Live at 8 pm EST.

Each year, on the days leading up to October 3rd, fans express their excitement about the upcoming holiday. On the day itself, many social media feeds will be filled with posts about the holiday, reminders to wear pink, and fans’ favorite moments from the film.

mean girls day this week y'all, don't you forget it

In honor of Mean Girls Day, enjoy these memes inspired by the holiday and the film.

The clock strikes midnight on October 3rd. Every white girl in the world simultaneously grabs their phone and tweets, “It’s October 3rd. Happy Mean Girls Day.” The world is safe for another year. The prophecy has been fulfilled. In the distance, sirens.

Me struggling to come up with a clever Mean Girls tweet for October 3 that hasn’t been done before pic.twitter.com/3yNPVTsOAG

Happy #MeanGirlsDay, all! I hope you celebrate by eating whatever the hell you want… pic.twitter.com/YJHzqJHfcN

Mean Girls as a thriller:

Mean girls quotes on the political compass. from PoliticalCompassMemes

My sister-in-law knows I love Pokémon and Mean Girls so she made me this. from pokemon

Next up: Halloween And Spooktober 2019 Memes