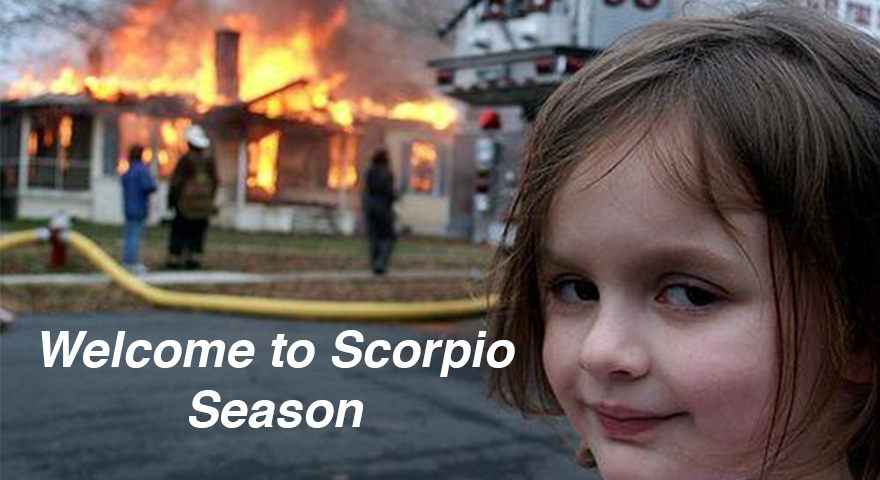 The Best Halloween Costumes Of 2019
Memes 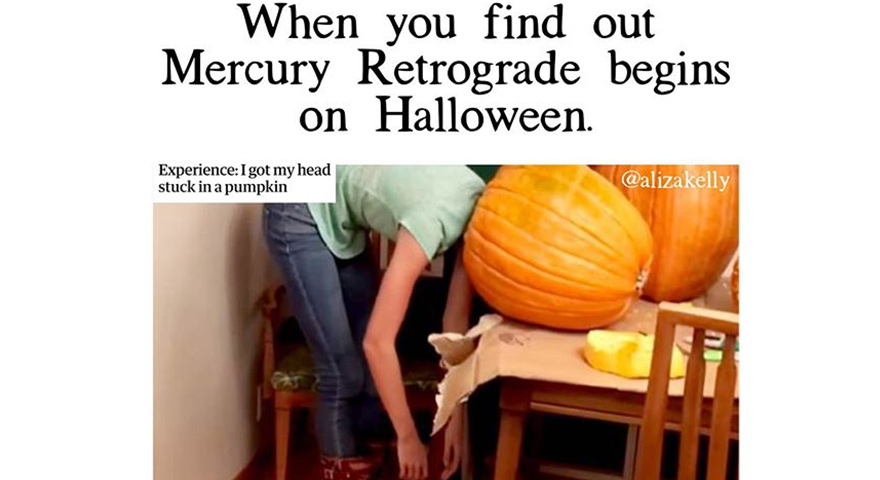 Mercury Retrograde Memes To Cope With Halloween’s Retrograde In Scorpio

The Brief: On Halloween, Mercury will station in retrograde. Prepare for this spooky season astrological shift with these Mercury retrograde memes.

This year, Halloween marks more than just the culmination of Spooktober. On October 31, 2019, Mercury will station in retrograde, so that its orbit will appear to be going backward until November 2oth. To help you cope, we’ve curated a set of Mercury Retrograde memes to prepare for all that Mercury in retrograde will hold, with plenty of spoopy and Scorpio season fun mixed in.

Mercury retrograde is known for being a period of technological mishaps, miscommunication, and overall chaos. However, this retrograde has the potential to be a time of clarity and positive growth. October 31st is the date of Halloween, the Gaelic harvest festival Samhain, and the beginning of Día de los Muertos (Day of the Dead).

Yes, the promise of a dramatic (and often tumultuous) astrological shift on All Hallows’ Eve may seem ominous, but these Mercury retrograde memes are a reminder that you are not alone and there’s no need to fear.

As Scorpio is the ruler of sex, some people are tweeting about the possibility of getting boo’d up this retrograde.

A “What if we kissed? Haha…unless” Mercury retrograde meme:

What if we 😍 kissed 🙈🤭during Scorpio season 💦 under the ever watchful gaze of the 🥴 Mercury retrograde? ☄️ ahahahaha…. I’m just kidding……unless?? 😳😳

Don’t be a clown during this Scorpio season Mercury retrograde.

mercury retrograde hasn’t even started yet and it’s already ruining my life pic.twitter.com/on4ogyzArf

Me, when mercury is retrograde pic.twitter.com/Ie47soMBHN

A Mercury retrograde in Scorpio mood board meme:

Ya’ll better get those chanklas aligned quick before this Mercury goes into reggaeton this Oct 31! Just in time for Hallow’s eve when the veil gets thin like a tortilla. Time to let go of pendejadas that no longer serve you! #mercuryretrograde #halloween

When Mercury does the most and stations retrograde in Scorpio on Halloween/Samhain. . Darlings! Are you ready! Tomorrow Mercury officially stations retrograde. Today, on its way, it conjuncts Venus. Whisper sweet nothings to the monsters under your bed. Tell ghost stories with great affection. Channel the spirits that love the pleasures and promise of being in the flesh. Being human is hard work, but it’s the only way to enjoy a great meal and a make out session. I wrote you a piece for Samhain and Mercury retrograde and have a bonus ritual for you in A Workshop for the New Moon in Scorpio. Link ⤴️ . More importantly, WHAT ARE YOU BEING FOR HALLOWEEN?!

Next up: Millennials And Gen Zers Are Dishing Out Savage 'Ok Boomer' Memes