You’ve Heard of Elf On The Shelf Memes It’s December And Christmas Memes Are Coming To Town

The Brief: This holiday season, Christmas memes are coming to town far before Santa Clause's sleigh takes off.

Although many people (including retailers) start celebrating Christmas long before the 1st rolls around, the start of December is widely considered to be an acceptable time to start playing Christmas music, setting up holiday decorations, and sharing Christmas memes. 2019 Chrismas and holiday memes cover everything from seasonal burnout to alternate celebrations to The Grinch’s sex appeal. 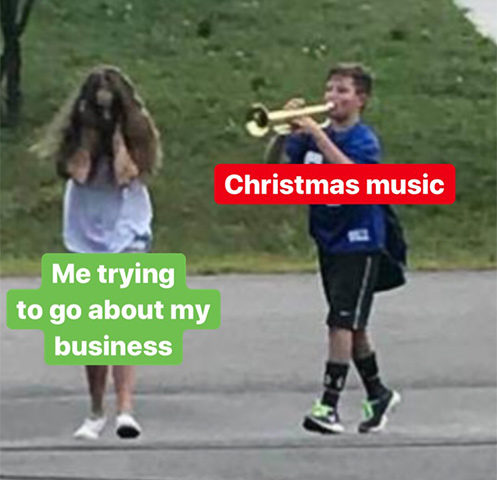 Every Mom on Christmas morning watching you open presents: pic.twitter.com/m7hI1qYoVz

Took my dogs to take their yearly christmas photos. It’s really hard when you have one super photogenic dog and one dog having an existential crisis. pic.twitter.com/4gUyIsB5OJ

There’s been some talk about the dueling cuteness of Baby Yoda and Baby Grinch.

all y’all obsessed with baby yoda but I aint see no love for baby Grinch pic.twitter.com/am3nGA1IPJ

You’ve heard of Elf On A Shelf. Now get ready for Baby Yoda on South Dakota and on a pagoda.

Have you heard of Elf on a Shelf?

Here is the 2019 version! pic.twitter.com/QrwV6pAGJ2 A Sabrina meme for those who don’t celebrate a traditional Christmas:

As Mariah Carey’s “All I Want For Christmas Is You” makes its annual rise to the top of charts, it’s inspiring many memes along the way.

All I don’t want for Christmas. from memes

One of the best things about these memes is their tendency towards wholesomeness, especially the ones told from the perspective of children eager to celebrate (and open presents).

In addition to the numerous holiday hashtags and video gift guides on TikTok, Christmas skits and memes are spreading holiday cheer as well.