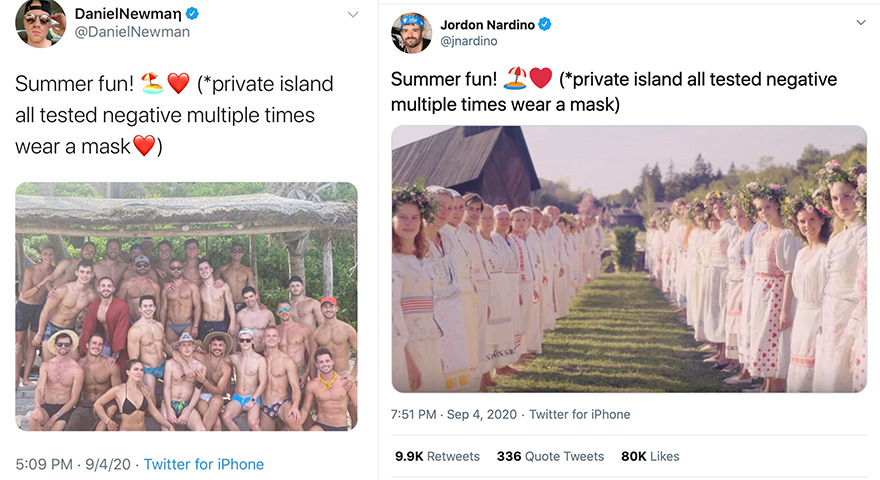 The Brief: These Twitter memes ask people to imagine ways in which businesses might take back goods and services if their card gets declined.

Twitter memes are posing the hypothetical scenario “imagine your card gets declined at…” and drawing up situations where a business tries to undo a transaction by sabotaging a customer.

Most IRL instances where someone’s card gets declined are relatively straightforward as a business would refuse service to them or not let them take any goods without payment. These card declined memes, however, present imagined scenes where someone’s card is declined after they’ve received a service, and as retribution, the business tries to reverse the effects of that service. These proposed plots include comically absurd situations and remark on how cruel capitalism can be.

This meme format rose in popularity on Twitter in early September 2020.

Imagine your card gets declined at the movies and they do this to you pic.twitter.com/2X78lAShMe

For those who are all too familiar with their card getting declined:

what do u all mean "imagine" if ur card was declined

imagine your card gets declined at the plastic surgeon’s office and they take your new nose back pic.twitter.com/uwRiM4iKDE

As long as they don’t take away the Hollywood Sign…

imagine your card gets declined and you don’t have healthcare so they just let you die. oh wait that’s America

card just declined at mcdonald’s now the employees are all standing around me in a circle making me sing and dance to sicko mode. they’re all laughing and throwing french fries, one of them dumped a mcflurry down my pants

Ok, but what on Earth is in the Beyond section?!

Next up: Take Me To WAP TikTok Memes

Take Me To WAP TikTok Memes