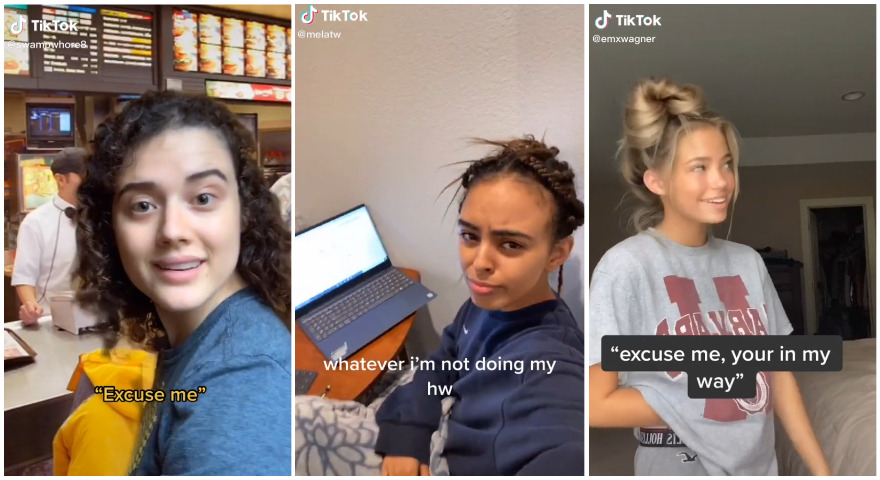 The Brief: "I Don't Know If, Whoa, Calm Down Jamal" TikToks typically feature creators poking fun at themselves for attempting to make fun of a celebrity and ignoring that celeb's advice or demands.

“I Don’t Know If, Whoa, Calm Down Jamal” TikToks typically feature creators poking fun at themselves for trying to talk back to a  celebrity by ignoring their advice. The gag is once the celebrity or TikToker glows-up or their crew arrives the creator changes their attitude.

These videos are performed to an edit of Rihanna singing “I don’t know if” from DJ Khaled’s “Wild Thoughts cut into a clip of RDCworld1’s December 2017 YouTube skit that features the line, “Whoa! Calm down Jamal. Don’t pull out the nine.” That audio is then followed by the sound of a piano scale that has become synonymous with “passing away,” feeling defeated, or feeling shut down on the app. There are over 84,000 videos linked to the sound. These videos began growing in popularity on September 7.

Timothée Chalamet is a popular topic on TikTok. In @Melatw’s video, a smiling photo of Chalamet tells her to finish her homework, to which she replies, “Whoa! Calm down Jamal don’t pull out the nine.” Another photo of Chalamet appears, this time with a smoldering look. @Melatw proceeds to get to work. The video garnered over 343,000 likes and 1.2 million views.

back on my timmy phase 😗 #timothee #timotheechalamet #fyp #foryoupage #4u #chalamet

In @Emxwagner’s TikTok, a young, teenage version of Kylie Jenner tells her to move out of the way. @Emxwagner pokes fun at Jenner, before she appears as the adult we know now. The video amassed over 1.8 million likes and 7.2 million views.

@Swampwhore8’s video takes a jab at Twilight. In it, Renesmee calls the creator a loser and tells her to move. Things change once Jacob Black and his wolf-pack show up. This video garnered over 565,000 likes and 1.9 million views.

Next up: 'Sure Grandma, Now Let's Get You To Bed' Memes

'Sure Grandma, Now Let's Get You To Bed' Memes