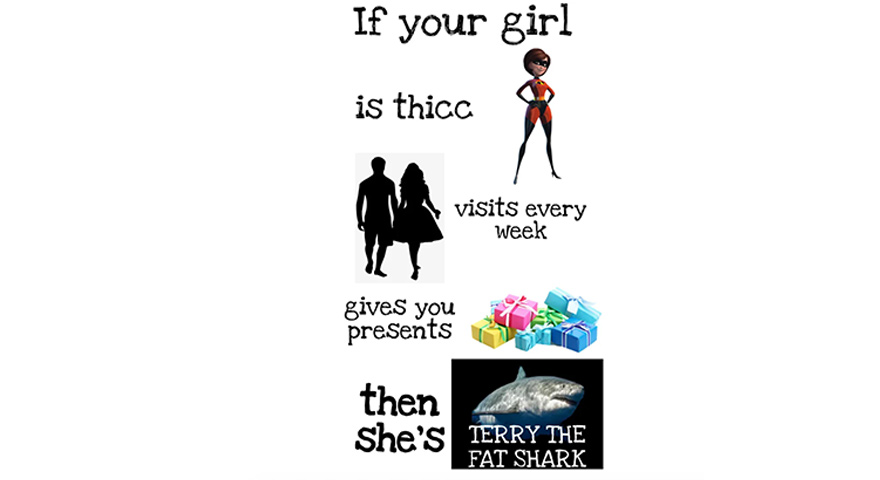 The Brief: "Guys, if your girl..." memes depict absurd scenarios in which someone has mistaken an inanimate object for a girlfriend.

In addition to inanimate objects, things mistaken for “your girl” include goofy characters and memes.

That’s my girl from dankmemes

Some iterations of the meme flip the script so that someone is informed that what they thought was an object is actually their “girl.”

Shoutout to Terry the fat shark:

Other versions of these memes don’t have “your girl” in them at all.

I said what I said from dankmemes

Don’t be fooled guys from dankmemes

Next up: Darling, Darling Twerk For Me TikTok Dance