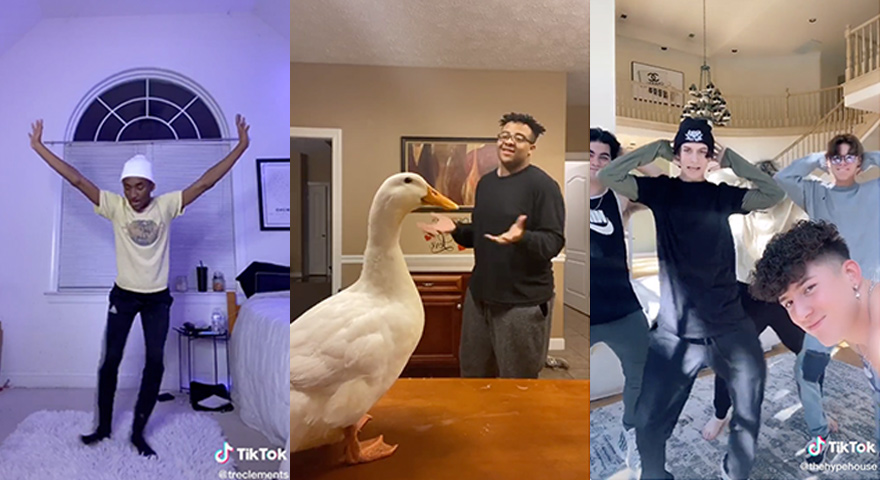 Vibe By Cookiee Kawaii On TikTok – Throw It Back
News

The Brief: In her new music video for the song "Say So," Doja Cat performs a rendition of the dance to the song that went viral on TikTok.

Doja Cat canonized the TikTok “Say So” dance in her new music video for her hit song. The “Say So” music video, which was posted to YouTube on February 27, features 1970’s and disco-inspired glam, Doja Cat in a sheer bedazzled dress, and the viral TikTok dance the song inspired.

The Say So TikTok dance was choreographed by Haley Sharpe, an Alabama teenager with over 1.2 million followers TikTok. The dance rose to TikTok fame in December 2019 and January 2020, racking up over 346 million views on videos associated with the hashtag #SaySo.

Haley herself has a cameo in the video around the 3:27 timestamp in which she performs the dance while clad in 1970’s costumery in a scene that takes place at an apparent disco party in the Hollywood Hills.

Doja Cat is not unfamiliar with the impact memes and social media can have on music and vice versa. Her homemade music video for the song “Mooo!” went viral in the summer of 2018, inspiring an internet challenge and racking up over 65 million views on YouTube. Her song “Juicy” inspired a TikTok dance trend with over 800,000 videos on the app. Doja Cat has her own official TikTok account but has yet to post any videos.

The role of “Say So” as the background music in a popular TikTok dance trend reflects the increasingly blurred lines between the music industry and homemade internet trends. By including the #SaySo dance and featuring its creator in her music video, Doja Cat further solidified the significance of social media in the spread of popular music.

As TikTok trends continue to influence the music that people stream, which artists go viral, and even what plays on FM radio, we can expect to see more collaborations between TikTokers and musicians like this one.

Next up: The Stand Up Challenge On TikTok

The Stand Up Challenge On TikTok