Who Is Charli D’Amelio? The Economics Of TikTok
News 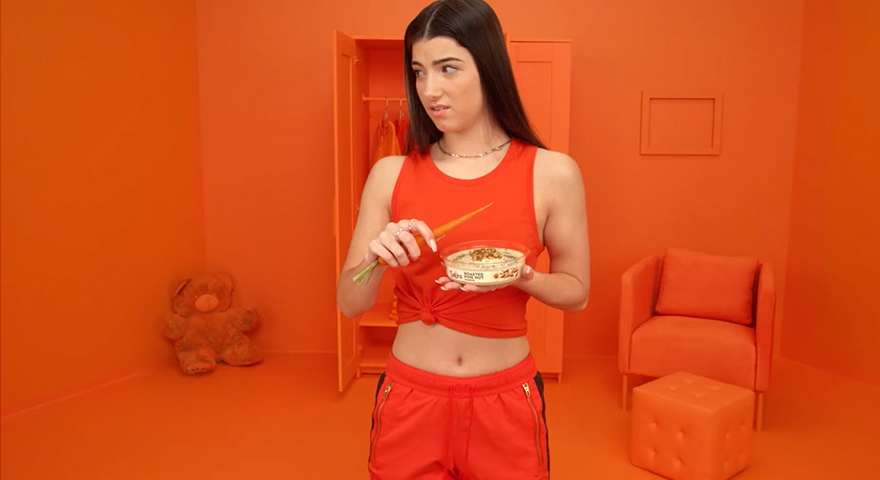 The Brief: The 15-year-old TikTok star Charli D'Amelio is set to star in a Super Bowl commercial for Sabra hummus.

Not only does Charli D’Amelio have over 21 million followers on TikTok, but she’s also the star of a 2020 Super Bowl commercial for Sabra hummus. The brand appears to be leaning into the cringey-ness of Gen Z meme culture with a pun-filled ad featuring D’Amelio and retired NFL quarterback and current sports commentator Boomer Esiason.

A 13-second clip of the ad was released on social media showing Boomer Esiason (who is a member of the Baby Boomer generation) dipping a soft pretzel in hummus while 15-year-old Charli D’Amelio eats a carrot with her hummus. She looks at him in confusion and says “ok boomer.”

With the catchphrase “let the snack talk begin,” a reference to “smack talk,” this ad flexes the brand’s awareness of youth and internet culture. It also seems to seek to bridge the gap between boomers and zoomers through the adhesive powers of hummus. While Gen Z-ers are sometimes opposed to outsiders like brands, parents, and teachers adopting their language and memes, this Charli D’Amelio Super Bowl commercial may be an effective engagement tool due to its TikTok celebrity cameo and intentional rather than accidental cringeyness.

At the time of writing, no official related campaign has launched on TikTok, but it would be astute of Sabra to pair this ad with hummus and Super Bowl-themed TikTok dance or meme challenge, perhaps with a hashtag like #SnackTalk.