The Brief: These Packers memes will help tell the story of a team with a new coach, strong draft class and smart decision in free agency.

The  Packers are starting anew in 2019 with new head coach Matt LaFleur at the helm and new Packers memes aplenty. LaFleur has been brought in to find out what Aaron Rodgers has left in the tank after tensions ran high between Rodgers and former coach Mike McCarthy last season. At 39, LaFleur is the second-youngest coach in the NFL.

Devonte Adams is coming off a monster 2018 and will look to strengthen his argument as the best wide receiver in football as 2019 progresses. Meanwhile, Marquez Valdes-Scantling and Geronimo Allison will battle it out to see who can become Rodgers’ second favorite target.

The running back by committee approach looks like it will continue with Aaron Jones and Jamaal Williams getting a chance to carry the ball for the Packers. Meanwhile, fantasy football owners who have long believed Jones to be the better back will be screaming “Free Aaron Jones” at their TVs until they’re blue in the face. 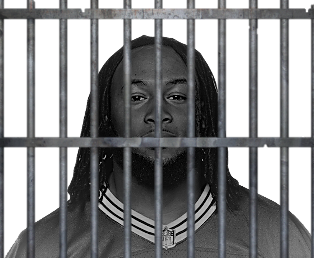 The Packers did a traditionally un-Packers thing this past offseason and spent money on free agency, bringing in linebackers Za’darius Smith and Preston Smith. They add to a defense that has been bolstered through the draft and free agency in recent years.

After missing the playoffs last season, the Packers will look to regain the title of NFC North Champions in 2019.

When you’re the face of a franchise, all eyes (and memes) are on you.

It was no secret that Rodgers didn’t get along with former Packers head coach Mike McCarthy.

Packers fans have been happy to see the offense operating a bit better in 2019.

We don’t miss you Mike. Sincerely,All of Wisconsin

Packers fans and Rodgers fans are riding high after a recent defeat of the Dallas Cowboys.

This man seems to keep coming back, but is never caught

The rivalry between the Green Bay Packers and the Chicago Bears dates back to 1921. The two teams have faced one another more than any other two teams in the NFL. Historically, the series is pretty even, but the recent struggles of the Bears have allowed the Packers to pull ahead and the record currently sits in favor of Green Bay 98-95-6. Packers fans can often be seen sporting the infamous cheesehead hats at games, while Bears fans have been known to sport a cheese grater hat when the two teams face one another.

The Packers kicked off the 2019 season with a win over their rivals.

It was a familiar sight and has happened many times over recent years.

Lifehack: when your household vacuum is no longer getting the job done, try this:

The memes are coming!! If you don’t RT or Fav are you even a @packers fan??

Next up: Monday Night Football: Lions at Packers Memes