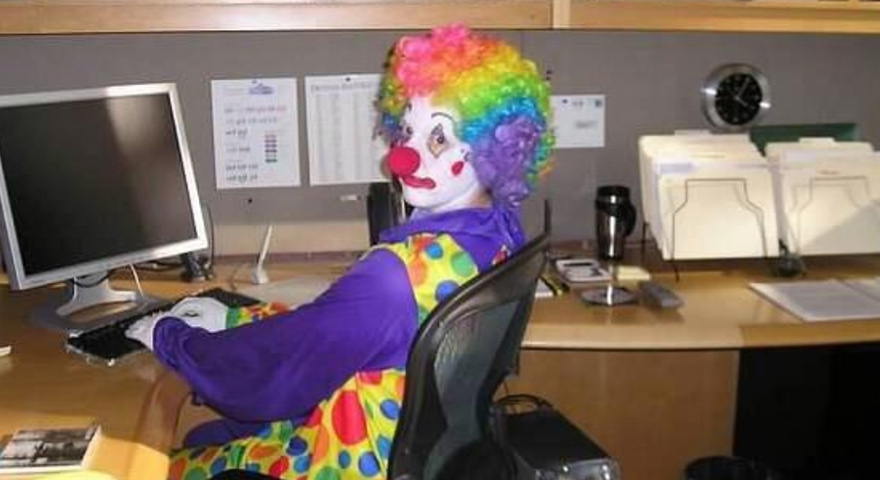 The Brief: Clown memes are a popular way to dunk on people for acting like clowns.

In 2016, reports of creepy clown sightings brought chills around the world. These days, although we’re a ways away from Spooktober, people are making clown makeup tutorials, clown TikTok videos, and joking about how we’re all ‘clowns.’

Clowns have existed in various forms since ancient civilization. It should be no surprise that in 2019, clowns are showing up in internet memes. The insult of calling someone foolish a ‘clown’ is not new, but memes that take this format into a circus-themed image macro meme are a relatively recent development.

One popular variation of this meme calls people out for acting like clowns by saying “how y’all look when…” and pairing it with an image of a clown.

how y’all look posting about your boyfriends 24/7 pic.twitter.com/EqtbhTTB8n

Often, these memes take the form of self-drags in which people make fun of themselves for their clownish behavior.

A video by @amoneys crying while sloppily applying clown makeup has been widely reposted and reenacted to illustrate how acting like a clown can have unfortunate consequences. The original caption for this sad clown meme was “when my bf makes time for other friends but not me,” but the video and concept have been applied to a variety of similar scenarios.

Me: I’m a clown if I talk to him again

Overall, clown memes seem to be a way for people to laugh at themselves and others, invoking an old-school representation of comedy: clowns in a modern joke format: memes.

Next up: The Rise Of Clown Memes On TikTok #ClownCheck #ClowningAround