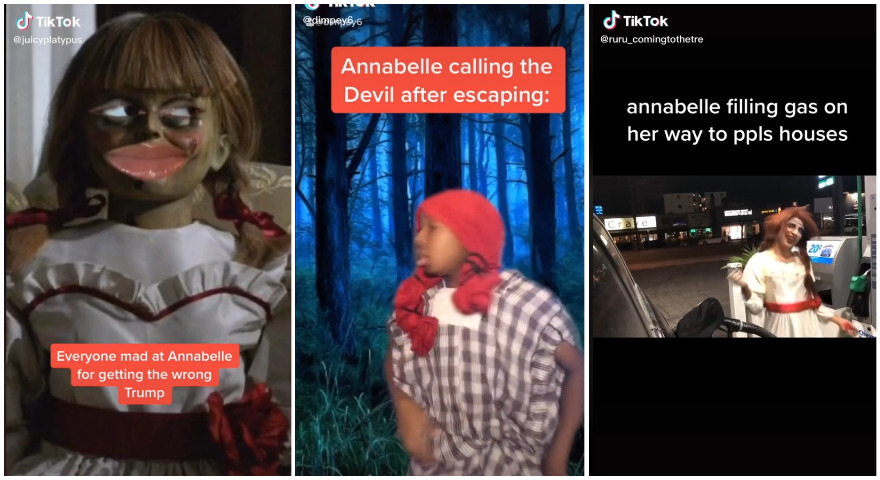 ‘Stand Back And Stand By’ Memes Mock Trump
TikTok The Brief: #TrumpHasCovid TikTok memes began appearing on the app after President Trump revealed he and FLOTUS both tested positive for COVID-19 on Oct. 1.

As of Oct. 1, President Trump revealed he and FLOTUS both tested positive for COVID-19. Twitter users immediately created memes surrounding his previous statements downplaying the virus.

Many TikToks contain screenshots of Gen-Zers leaving what they refer to as “death spells” under Trump’s announcement. The symbols are actually Amharic, one of the official languages of Ethiopia. @Aidan.scss’s video paired those tweets with audio associated from the Brujas Summoning TikTok trend.

Some videos called on witches to “finish the job” Annabelle failed to do.

There are also numerous TikToks personifying the virus as Miss Rona. These videos see TikTokers acting out her intentions.

Some videos involve bleach, a reference to Trump’s previous statements about curing COVID-19 by injecting a “disinfectant” into the body.

Other TikTokers created memes around how they think Trump’s friend and foes reacted to the news.

♬ anaconda by velomelio – Editor | vs and ae

Next up: 'Stand Back And Stand By' Memes Mock Trump

'Stand Back And Stand By' Memes Mock Trump