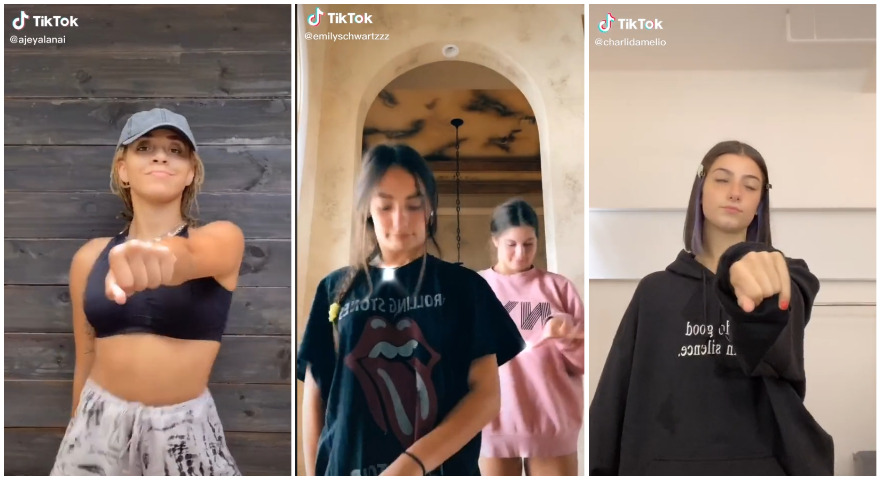 The Brief: The "Darling, Darling, Twerk For Me" dance on TikTok consists of creators twerking, while crossing their arms and hitting their knees, before bending over.

The “Darling, Darling, Twerk For Me” dance on TikTok is marked by creators twerking, while crossing their arms and hitting their knees, before bending over. The choreo by @Haileyynelson and @meghanmahon47 is performed to a rehash of Ben E. King’s “Stand By Me.” The version, which is all about dancing rather than standing, is attributed to the now-defunct account @That_girl_slayed. There are over 3.7 million videos linked to the sound on the app.

Just as long, as you twerk that
Darling, darling, twerk for me, oohh twerk

Everyone should go try me and @meganmahon47 dance #CTCVoiceBox #foryou

The dance number became a hit, with the trend growing in popularity around Oct. 7. Numerous creators have hopped on the trend, including  Charlie D’Amelio. Her video featured her mother’s shocked reaction to the twerk-heavy number. The video received over 21.2 million likes and 145.2 million views.

TikTok star Willy Wonka took a stab at the trend, too. His video accrued over 1.3 million likes and 5.7 million views.

i’m gonna get a whoopin after this, luv ya mom😁 dc: @haileyynelson @meganmahon47

Reply to @graceortizcazarin i put on a show 😛

Next up: Donald Trump Dancing To 'YMCA' Memes & Parodies