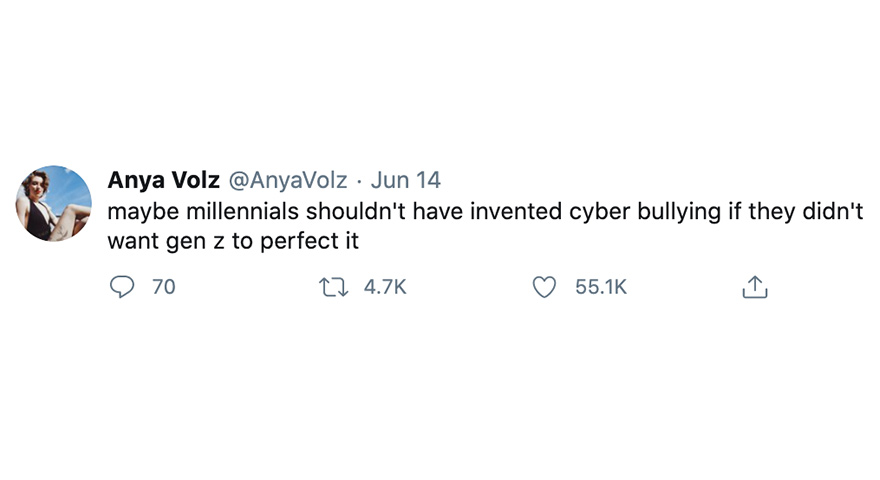 The Brief: The "Comment Things Gen Z Would Say" TikToks require minimal effort from the creator. Rather, these videos call for viewers to interact with the post, yielding hilarious responses and high engagement.

Gen Zers are finding new ways to amuse and engage with one another and boost their posts on TikTok, all without the use of any new features. The latest comment trend finds creators making the comment section the focus of their videos rather than the video itself.

In new trend, creators ask their viewers to respond to on-screen text in the most Gen Z way possible. Popular takes include fill the comments with things Gen Z lawyers would say, Gen Z therapists would say, or make this comment section look like Donald Trump’s search history. Many, but not all of these videos are set to City Girls’ “P*ssy Talk” featuring Doja Cat.

These videos typical feature the original poster laughing behind on-screen text. With minimal effort, these videos garner millions of likes and views because most of the legwork is done by viewers who like a video, comment, respond to other comments, and/or share, which makes the video more favorable to the algorithm.

Creator @Ty.mccullars shared a number of these videos and many have passed the one million-views mark.

“Comment Things Gen Z Would Say” videos are similar to that of Share Copy Link TikToks that began growing in popularity in July 2020. These videos depended on viewer participation and also used on-screen text to prompt viewer interaction that favors the algorithm.

Next up: What Are Reply Guys?

What Are Reply Guys?