What Does “You Dropped This 👑” Mean? 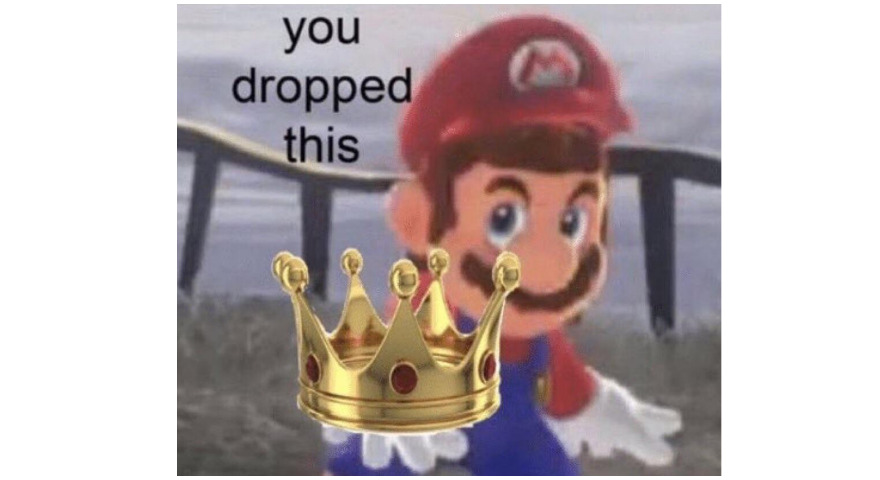 “You Dropped This” Mario Memes

The Brief: "You dropped this" Mario memes typically picture the video game character with a crown in his hand to indicate a person has done something heroic or legendary online.

The “You dropped this” Mario memes are growing in popularity on social media. The image depicts a picture of the popular video game character with his hand outstretched and a crown sitting in his palm. The meme is meant to imply, “You dropped this my queen or my king.”

Similar to the comment “You dropped this 👑,” the meme is a response to a heroic, legendary, or iconic moment online. The moment is usually a brilliant meme, funny commentary, or a snappy clapback.

For you. from memes

You dropped this my king from wholesomememes

oooppsss chenle you dropped this : 👑 pic.twitter.com/9uH2vRAVqe

The meme has also been seen in other formats that do not feature a crown, but rather ,another object to create a humorous response. It often changes the good-natured meaning behind the “You dropped this” meme.

Next up: What Is Femboy Friday?

What Is Femboy Friday?