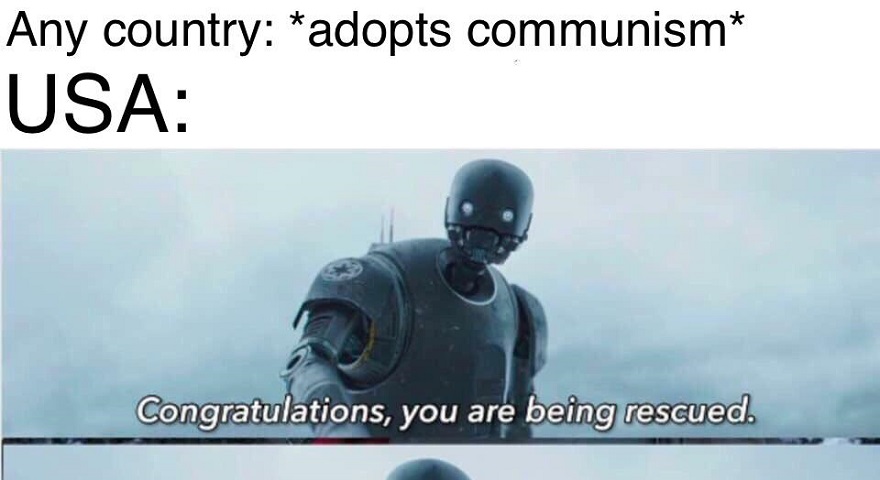 “Congratulations! You are Being Rescued.” Memes
Internet The Brief: Disney+ has quickly become a force to be reckoned with in the streaming world, with The Mandalorian's adorable baby Yoda capturing viewers' hearts and sending the internet into a frenzy with new memes every week. While the show's release has been met with widespread acclaim, how much of its overwhelming popularity is owed to the power of meme marketing?

Disney+, a new streaming service launched by Disney last month, has become all the rage thanks to the success of The Mandalorian, a hit TV show set in the Star Wars universe. While the show has been praised by critics and audiences alike, it’s become a cultural force thanks to the undeniable cuteness of baby Yoda and the resulting memes. From hardcore Star Wars fanatics to people who don’t even watch the show, the entire universe is marveling at the little green guy’s adorable antics, showcasing the immense power of meme marketing.

Whether Disney planned for baby Yoda to steal the internet’s collective hearts and inspire meme after meme is uncertain, although looking at the recent unveiling of the Tesla Cybertruck, it isn’t hard to imagine that the two companies know exactly what they are doing.

After the initial wave of memes mocking the Cybertruck’s simplistic design, Elon Musk responded by tweeting that the Cybertruck had reached 146k orders with zero advertising, leading to another set of memes accusing Elon of intentionally making a meme-able product for free marketing while simultaneously praising his ingenuity.

However, both of these instances of meme marketing follow a distinct formula – creating something guaranteed to stir excitement or controversy, keeping it a secret, and finally letting the internet freak out over it with a big reveal.

TV and movie figures becoming memes is nothing new, and Disney is known for creating adorable characters that go viral and integrate seamlessly with meme culture. For example, Porgs from Star Wars: The Last Jedi and baby Groot from Guardians of the Galaxy are both widely memed characters beloved for their cuteness.

Before people were offering their lives to save baby Yoda, protecting baby Groot was the ultimate act of heroism, and the two have since developed a fierce rivalry among fans disputing who is cutest.

Baby Yoda it is from memes

Disney also employed a high level of secrecy surrounding baby Yoda – the character wasn’t featured in any promotional content for The Mandalorian, and according to an interview with creator Jon Favreau, baby Yoda merch was intentionally delayed in order to avoid any leaks until the final reveal.

In the same interview, Favreau also stated “We really wanted to have it be that you had to watch it yourself so that every time you watch the show, there are new twists and secrets that come out,” pointing out another key tactic used by Disney+ that sets it apart from the competition.

By releasing a new episode every week rather than unloading the entire season at once like Netflix does with Stranger Things, for example, The Mandalorian becomes a weekly event. Not only is the hype around the show prolonged throughout the season, but every week’s new episode brings in a fresh set of memes.

Your Mom when she tells you check underneath the tree, after she been telling you all year ain’t gon be no Christmas. pic.twitter.com/5OpbIqOWCs

Baby Yoda is too cute for this world from memes

They’re a little sharp from dankmemes

My whole family: Christmas is in 24 days, chill

A weekly release schedule also keeps viewers subscribed to Disney+, eager to learn more about the mysterious baby Yoda. The platform, which launched to over 10 million subscribers, also has several other crucial advantages over its competition – a relatively low price point and the expansive Disney empire.

At just $6.99 a month, Disney+ significantly undercuts Netflix, which reportedly owns 71% of the streaming market, but charges $12.99 monthly for its most popular plan. Unlike Netflix, whose major source of revenue is its subscription fee, Disney+ can seamlessly funnel subscribers from their streaming service into buying branded merchandise, watching the newest Disney film in theatres, and purchasing theme park tickets.

Through Disney+, the company is integrating a streaming service with their existing ventures and not so subtly encouraging consoomers to score tickets to the upcoming film, Star Wars: The Rise of Skywalker, visit Disneyworld to ride the newest Star Wars ride, and book a stay in the recently unveiled Star Wars hotel.

Whether you love or hate it, the Disney+ takeover is just getting started, and with baby Yoda on their side, the possibilities (and the memes) are endless.

Next up: Silver Kanye Memes