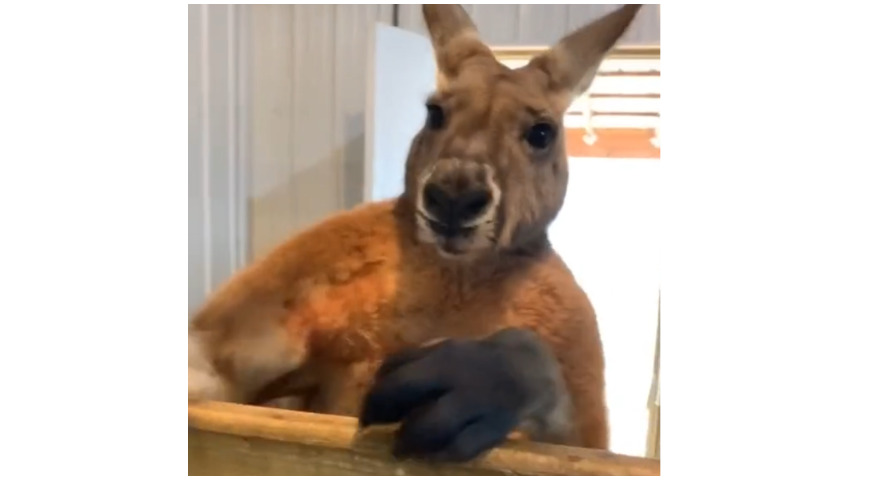 The Brief: A kangaroo TikTok video is going viral after viewers are shocked by its boxer-like movements, which include throwing jabs and moving back-and-forth like a boxer.

A video of a kangaroo is circulating the internet and viewers are in shock after seeing the animal move like a human. Farm account @farm_and_meadow uploaded video of a kangaroo who was reluctant to leave their stall on TikTok. The video captioned, “This is what I imagine havifn [sic] a toddler is like,” showcases the animal rocking back and forth on its legs while quickly extending its arms, much like a boxer would. At one point, the kangaroo takes the owner’s hand into his paws. The video received over 23.7 million views and 4.5 million likes.

The video then appeared on Twitter after it was shared by user @IvyKungu. The tweet received over 5 million views, 206,000 views, and 45,000 retweets.

Now why’d someone say he looks like he listens to nba youngboy 😭😭😭 pic.twitter.com/zvBYEQIHJ4

Viewers across social media were gripped by the Kangaroo’s movements, saying it looked like a human in a kangaroo suit, a gigantic rabbit, a boxer, and rapper NBA YoungBoy (aka YoungBoy Never Broke Again).

HE LIVE WAS READY TO SQUARE UP https://t.co/HLedZ7nG3r

Nah I genuinely thought this was a human dressed up as a kangaroo. I canny get over this?!?! They are Fckn scary bastards https://t.co/IPLPu3pLTL

As the internet would have it, one Twitter user (@decemberson) reshared the kangaroo video with NBA YoungBoy’s music over it. That video received over 191,000 views, 14,500 likes, and 4,300 retweets.

He ain’t messing around from TikTokCringe