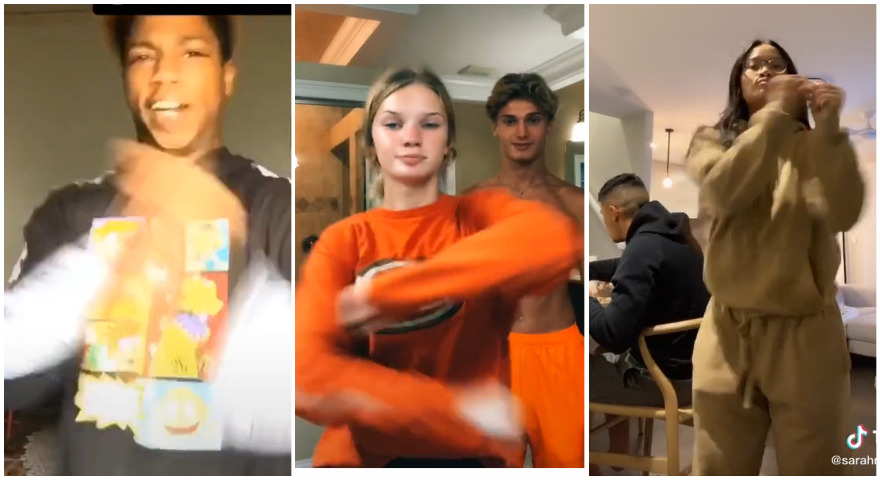 The Brief: The #ShotsXCrisis "Swerving In The Streets" dance by @tdfw.shot consists of very quick-paced arm motions, like the mop and the woah.

The #ShotXCrisis “Swerving In The Streets” is the latest TikTok dance that challenges even the most skilled TikTokers. The dance created by @Tdfw.shot is marked by quick-paced arm motions that include moves like, the woah, the wave, the mop, and many more. It is performed to “Crisis” by Jasiah.

F*ck
And I’m swerving in the streets (Skrrt)
Got you nervous that I’m really murking, murder on the beat
Been a burden now I’m really workin’ and you finna see
You a servant, got your b*tch, she workin’, twerkin’ in the sheets
Ayy, get the f*ck out of my way

Creator @Tdfw.shot’s dance can be tracked under the hashtag #ShotXCrisis where its racked up over 22.9 million views since June 18. There are currently over 197,000 videos linked to @Tdfw.shot’s sound on the app.

It is already being compared to Jalaiah Harmon’s “Renegade” due to its swift arm motions and incredibly fast choreography, having even been called “the new renegade” by some users on the app.

At the time of publication, @Tdfw.shot’s video has garnered over 439,000 likes and 7.2 million views. His tutorial has also garnered a lot of attention, amassing 2.6 million views and 102, 000 likes.

Some TikTokers executed the choreo flawlessly:

Others are sharing their own tutorials:

Wish I had this tutorial for when I was learning this dance🤪 dc: @tdfw.shot #foryou #dancetutorial #newdancechallenge #fyp #foryoupage #trending

And, some are using the trendy audio and dance to share important information:

I posted this dance 3 times but this one is me putting 50% effort. Which one did you see first 👀 dc: @tdfw.shot

Next up: If You Ever See Me Fighting In The Forest With A Grizzly Bear TikTok Videos