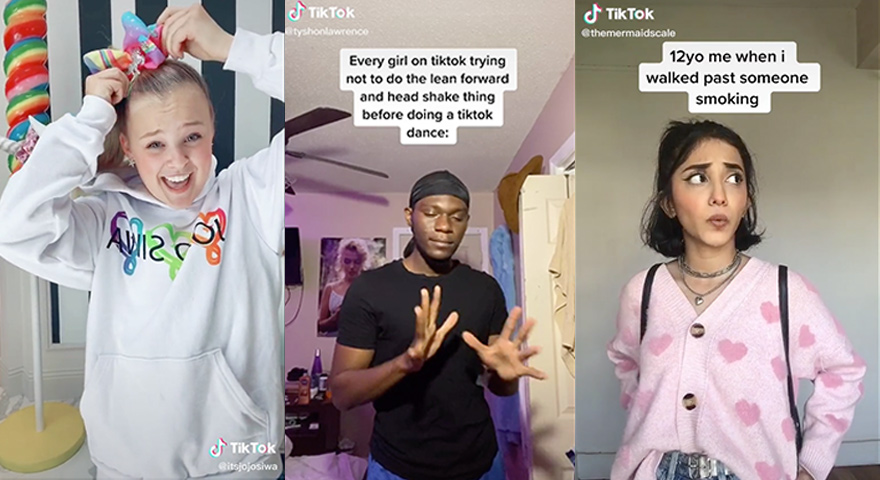 ‘I Can Do It’ #OnlyHuman TikTok Memes

“Look At Him Tremble,” Stumble Then Strut Trend On TikTok

“Eat My Rice And Cabbage” Videos On TikTok
Internet The Brief: In response to reports that the U.S. Government may stop the use of Chinese short-form app TikTok, creators are sharing videos about the ban using the hashtag #SaveTikTok.

As of July 9, TikTokers are unsure of their future on the app that made many users overnight social media stars. On Thursday morning, the app suffered a glitch which didn’t display the number of plays on a video, leading many to believe the government’s plan to ban TikTok in the United States (TikTokalypse) had gone into effect.

TikTok released their transparency report the same morning, most likely in response to Secretary of State Mike Pompeo said the U.S. is “looking at” banning Chinese social media apps including TikTok, three days prior. Pompeo plans to get rid of the app because users’ “private information in the hands of the Chinese Communist Party.”

After the announcement, TikTokers did what they know best and began creating comedy sketches around the controversial plan. User @hbuns rehashed the “I Know Them Other Guys” TikTok trend which involves distracting an individual with dancing for another desired outcome. Her video captioned, ” Me trying to convince Trump to let us keep TikTok” showcased her rubbing orange Cheetos on her face and building a wall. The video received over 1.8 million likes and was viewed more than 7.6 million times in one day.

@Jeanvictorm brought back the “Hey… Hey, how y’all doin’?” trend and role-played TikTokers taking over similar short-form video platforms Dubsmash and Triller. He hilariously moves in and starts redecorating with a strip of LED lights, a TikTok essential.

There are also many videos emerging on the app under the hashtag #SaveTikTok, which already has 89.2 million views. Creators are using the hashtag to create PSAs in in order to keep the app functioning in the U.S.

Comment #SaveTiktok to be apart of this petition and spread the word. Lets FIGHT for what we love💙

We need to muster up one last run boys. Tiktok is in our hands. #savetiktok

Together let’s save this app ❤️ #savetiktok #meme #comedy #nuhchez

Next up: Pink Hair Wojak Girl AKA 'Daddy eGirl' Memes