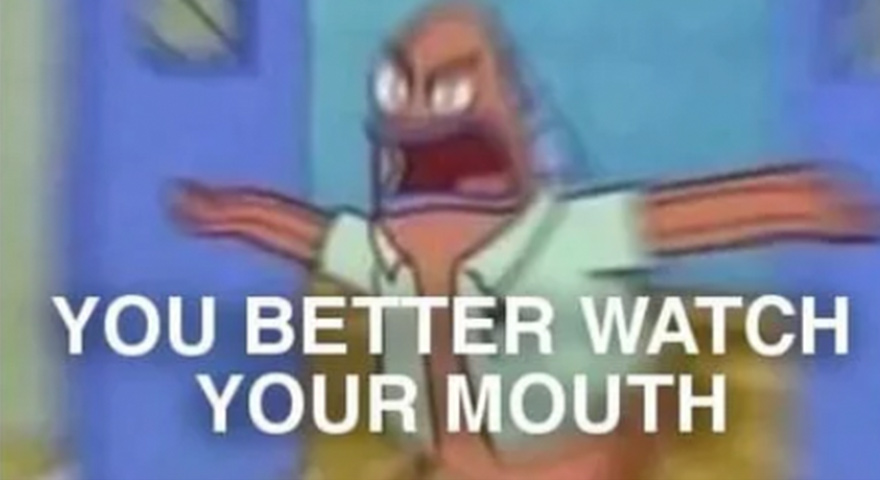 You Better Watch Your Mouth Memes

The Brief: A new SpongeBob meme demonstrates how people can be unaffected by one thing and outraged by another.

Another SpongeBob SquarePants meme format is trending. This time, it doesn’t feature SpongeBob or Patrick, but another fish from the town of Bikini Bottom. This three-panel meme includes two images of a closed door, followed by an image of an angry cartoon fish bursting through the door, saying “you better watch your mouth.” Text is paired with each of these images. Usually, two controversial statements are made, followed by a third one. The idea is that someone doesn’t care about the first two statements, but is outraged, even triggered by the third. These memes are particularly popular on Reddit.

A common variation of the meme states “you’re ugly” in the first panel, followed by “you don’t have any friends” in the second panel, and then something more controversial in the last panel.

You Better Watch Your Mouth Memes

no you didn’t from r/dankmemes

Where is all the Ottoman/ Byzantine memes? from r/HistoryMemes

No one can insult me like that from r/dankmemes