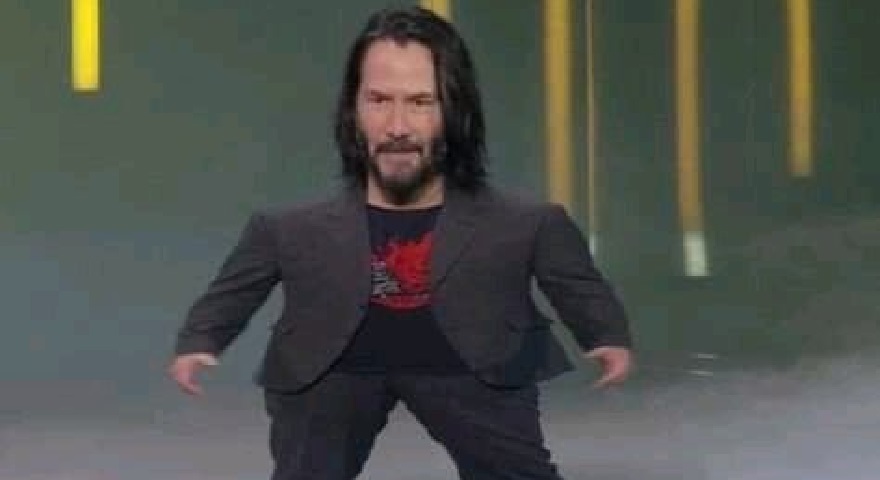 The Brief: An old paparazzi picture of a woman on a bicycle staring at Keanu Reeves has reemerged as a meme format similar to the "distracted boyfriend" stock photo.

A photo of Keanu Reeves walking and waving while a red-haired woman on a bicycle behind him stares in shock was taken in Paris in 2003 and published in a print publication. The picture was captioned “HEY…ISN’T THAT…A cyclist has a moment of recognition as she pedals by Keanu Reeves Friday outside Chez Marius and Janette in Paris, where the actor was having lunch.” The image appears to capture the exact moment when the woman stopped her bicycle and turned around to gape at the movie star. While this “woman looking at Keanu Reeves” picture has been online since at least January 2019, it started circulating on Reddit as a popular meme format in August 2020.

One at a time ladies from dankmemes

“Woman looking at Keanu Reeves” memes function similarly to the distracted boyfriend format as they portray someone looking behind them to check someone out. This format is particularly popular on Reddit where Keanu is something of a meme star. Variations of these memes depict people (labeled as the woman in the picture) who are surprised, disgusted, star-struck, or fixated on something eye-catching (which is labeled as Keanu in the picture).

On August 19, 2020, a variation of the format was posted on the Meme Economy subreddit where it received over 29,000 upvotes along with numerous investments.

Not a story I’d tell from dankmemes