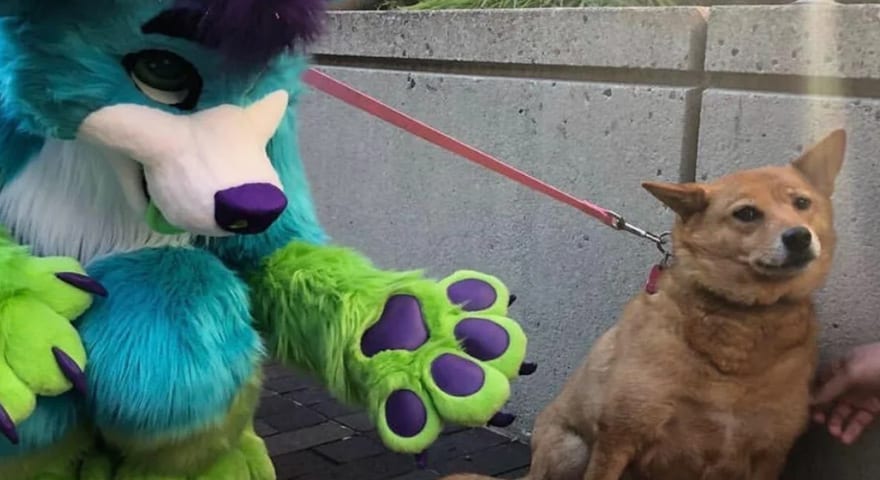 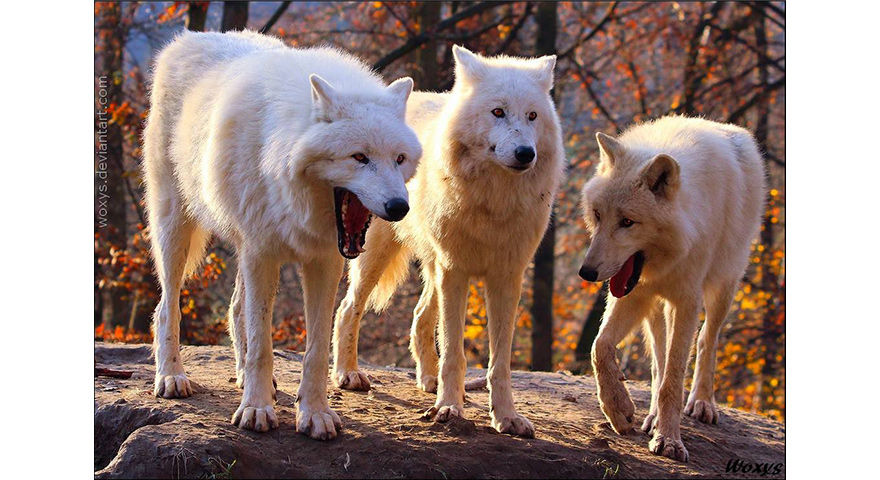 The Brief: Memes of two wolves looking like they're laughing are spreading on Reddit, but the original photo is actually of wolves yawning.

Memes of two wolves laughing while another looks more serious are gaining traction on Reddit. The image was first posted online in 2019 on Deviantart by hobby zoo photographer woxys. The photo is actually of two Arctic Wolves yawning, not laughing, while another stands with its mouth closed. On July 5, 2020, Reddit user behy20 posted the picture with the caption “Let’s get serious for once guys” on r/funny.

Since then, Reddit users have been using the wolves laughing in image macro memes and as a reaction image. This format is particularly popular on the Dank Memes subreddit.

These memes typically depict scenarios in which two people are amused and another is straight-faced. Reminiscent of “bro, you’ve got the whole squad laughing memes,” these laughing wolf memes can highlight people’s different reactions to a situation.

The best part… they sold out! from memes

This format is reminiscent of a Christmas photo of Hugh Jackman, Ryan Reynolds, and Jake Gyllenhaal at what Reynolds was told would be an ugly sweater party.

Every episode of the clone wars from PrequelMemes

Redditors have added edits to the number of dogs seen laughing to make more jokes, including a classic one about how 9/10 dentists recommend a new toothpaste.

Behold my shitty editing from dankmemes

yeah my jokes are shitty from memes

Better than getting draw 25…

Not Again o-o from teenagers

hate it when this happens from dankmemes

Summer is longer than 104 days from dankmemes

A reference to “Americans are asleep” memes:

Invest in this meme template from dankmemes

I have achieved comedy from dankmemes

Next up: What Does Share Copy Link Mean On TikTok?