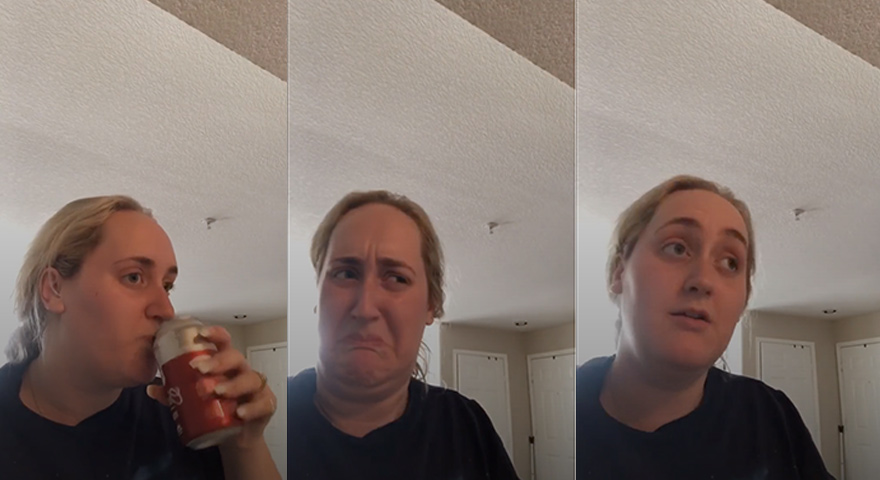 The Brief: Surprised Joey memes use an image of Joey Tribbiani from Friends to convey a sense of shock.

This meme uses two images of Joey Tribbiani (Matt LeBlanc) from the episode of Friends “The One With The Red Sweater” (Season 8, Episode 2). In one image, Joey looks self-assured while in the other, he looks shocked and a bit terrified. Variations of this format combine these images with text to depict someone quickly shifting from cool confidence to uncomfortable surprise.

Joey’s expression comes as he is slow on the uptake on the connection between the owner of a red sweater and who is the father of Rachel’s baby-to-be:

While Joey is probably best-known for his “how you doin'” catchphrase/pickup line, LeBlanc’s expressions, including the one showcased in this meme are another of Joey’s most memorable qualities. This particular image macro format highlights only one of many potential “surprised Joey” reaction images and clips.

Keeping up with the latest news, many iterations of Surprised Joey memes make dark jokes about what the internet has dubbed “World War III.”

Atleast We Get To Die from dankmemes

or an epileptic man from dankmemes

Mom pick me up I’m scared from dankmemes

And the sun rises up two seconds later from dankmemes

Hold the fuck on from dankmemes

Next up: What Does 'You Got The Whole Squad Laughing' Mean?

What Does 'You Got The Whole Squad Laughing' Mean?