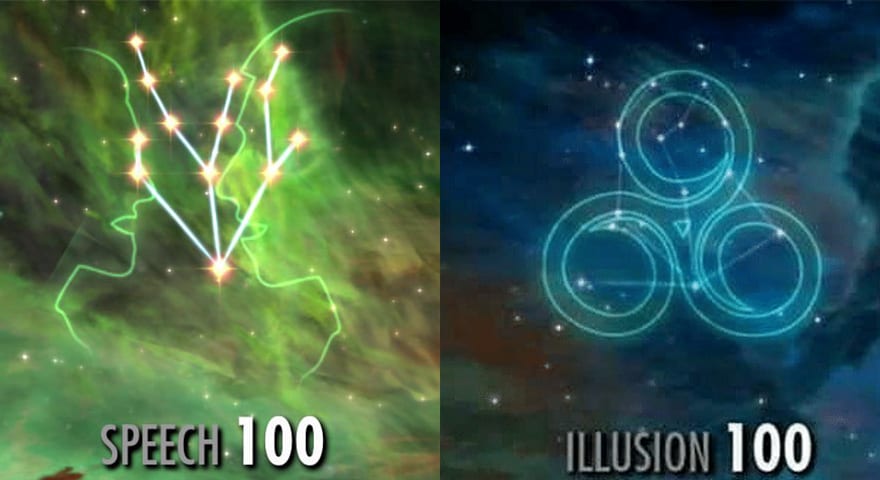 This Speech 100, Sneak 100, or Illusion 100 is a reference to the video game The Elder Scrolls V: Skyrim. The images in the memes come from the ones that show up when players improve their skills. Other skills from the game include Restoration, Alteration, Conjuration, Destruction, Enchantment, and more. Typically, in memes, the skill point count is added to an image or explanation of something that represents someone exhibiting that skill. For example, a scenario in which someone talks their way out of a sticky situation would be paired with “Speech 100.” Some variations of the meme make up skill categories to fit a certain situation like “pickpocket.” Other versions photoshop the images to show a number other than 100, such as 110 to emphasize the signficance of what’s shown in the meme.

These memes are particularly popular on Reddit, in video game subreddits and on more mainstream pages like Dank Memes as well.

This format is one of several Skyrim-related formats, like the hidden/detected eye memes.

The hero we needed from r/memes

Where’d he go? from r/memes

Wow my eyes from r/memes

He oofed himself from r/memes

Next up: AirPods Memes