What Is No Simp September? 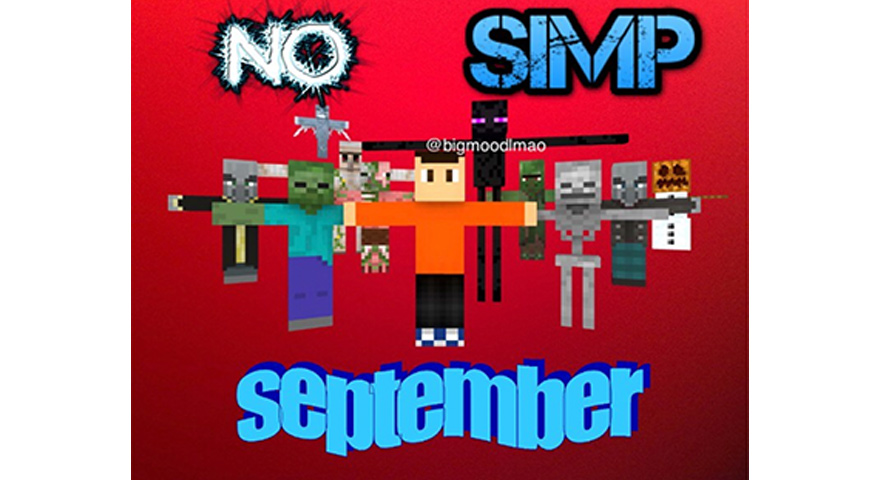 The Brief: Simptember and No Simp September memes joke about the idea of abstaining from simping, or embracing simping for the month of September.

Memes show that some people are taking No Simp September more seriously than others. #NoSimpSeptember and Simptember memes remark on the idea of people trying to stop simping for the entire month, or going the opposite direction and dedicating September to simping.

While much of the sentiment around No Simp September is shared in good fun, the concept is sometimes used in misogynistic online communities to suggest that men who are kind to women are weak and that women and girls should be treated disrespectfully for the month of September.

All the 13 year olds seeing no simp September trending pic.twitter.com/gIaypzsKuR

no simp september? alright. looks like i won’t be needing this anymore. pic.twitter.com/cUvNejGb6Y

Instead of trying to resist the urge to simp, some people will be embracing it and proudly observing Simptember.

Many memes ask “how am I supposed to participate in No Simp September when a certain person exists,” suggesting that someone they stan or crush on is impossible to resist simping for. Sometimes these people are celebrities or fictional characters who are conventionally attractive, while others are less predictable targets for Simptember.

i will not be participating in #NoSimpSeptember because the weeknd exists. ❤️

How am I supposed to participate in no simp september when this sexy beast exists??pic.twitter.com/0b1pkaWYMn

How am I supposed to participate in no simp september when the cast of Hannibal looks like THAT pic.twitter.com/yxfE36TzQs

How am I supposed to participate in no simp September when people like this exist pic.twitter.com/wkg9Xiptmc

While most of the conversation around No Simp September is light and humorous, with a subreddit dedicated to the event and the hashtag trending on Twitter on September 1st, it’s clear that this internet holiday has taken hold of the extremely online public imagination.

No simp September is here boys from PewdiepieSubmissions

Next up: What Is No Simp September?

What Is No Simp September?