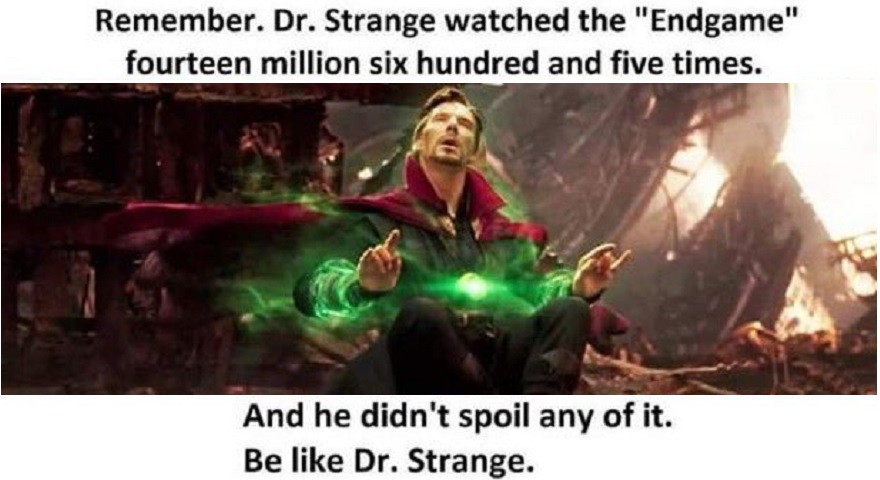 All roads lead to Avengers: Endgame.

After more than a decade and twenty-one Marvel Cinematic Universe (MCU) films, the fourth Avengers film has finally arrived. Regardless of which Marvel faves survive the film, one thing’s clear: fans cannot contain their feelings.

There’s a certain combination of excitement and fear that one must endure when it comes to stanning (or Stan Lee-ing) superhero flicks.

And for anybody still wondering, yes, it has been confirmed that Stan Lee will make a posthumous cameo in Endgame.

Considering the amount of advertising Disney’s Marvel has put into Endgame, it’s hard not to get excited.

Some people have been counting down the release for months, sharing their memes and tweets across social media with the hashtags #Avengers and #AvengersEndgame.

Others mark their countdown with sleep cycles…apparently.

The MCU fandom is not to be messed with, okurrr? They are prepared to defend their universe against any haters and/or spoilers.

Don’t even get them started with the people who won’t be at the theater opening weekend.

On the other hand, there is a low key level of dread plaguing Avengers fans. Endgame could mean the literal end of some of their favorite heroes.

Just as Game of Thrones fans are anticipating a grisly ending for the bulk of the GoT world, Avengers fans are expecting much the same.

It’s no wonder that these fandoms have some crossover: both Marvel and GoT fans have waited years to see which chosen few will survive.

Everyone seems to have their own predictions, of course…

And we can’t forget the Ant-Man vs. Thanos Theory that inspired hella Reddit memes.

Other viral memes like Fancy Winnie the Pooh and the Concerned Tom Cat have gotten the MCU treatment, too.

The stakes changed last week when one Redditor shared supposed spoilers that can neither be confirmed nor denied. Days later, leaked footage from the upcoming film was found circulating online.

The spoilers and footage have since spread on 4chan and social media, so Marvel fans beware.

Some people are struggling with their newfound spoiler knowledge…

While others are avoiding spoilers by any means possible.

The subreddit page, @ThanosDidNothingWrong has made it their mission to warn other Redditors about spoilers and to downvote/report any spoiler memes that might arise before Thursday night’s premiere.

While avoiding spoilers and leaked footage is definitely important, the more difficult task at this point may be acquiring tickets for opening weekend.

If you are lucky enough to score some tickets, they’ll probably cost you a good chunk of time and green. Good thing you got that Tax Day refund, right?