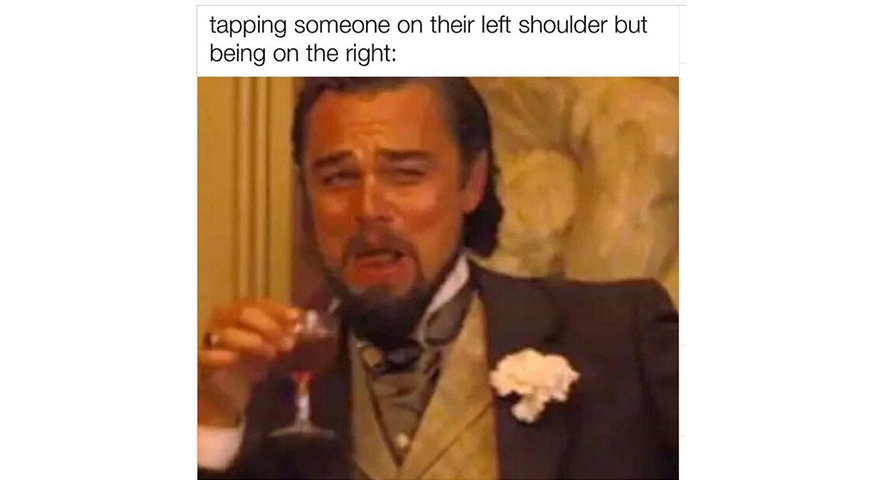 The Brief: Here are the top August memes with the potential to stay relevant throughout September 2020.

Here’s a roundup of the top memes from August that are bound to remain relevant through September 2020 and beyond. These image macros from pop culture moments past and present were cross-platform hits, proving that they have staying power as meme formats.

The internet loves memes of Leonardo DiCaprio drinking. This Django Unchained meme is no exception.

Some of the best WAP memes dunk on Ben Shapiro for his open disgust with women owning their sexuality. Weeks after he shared his feelings on WAP, it still seems that Ben won’t be able to live this one down. Also, the term “p-word” will never be the same.

This shot from season two of Umbrella Academy perfectly encapsulates the experience of seeing someone you know in an unexpected place.

The ultimate betrayal from memes

Stills from Jonathan Swan’s interview with Donald Trump may become as iconic as the math lady meme.

"He just always has" from dankmemes

Road To El Dorado – Me Explaining

Another format from the El Dorado Goldposting Facebook group has gone viral.

he’s a little jokester from dankmemes

These memes about perceived differences between men and women were widely criticized for being reductionist and sexist, but they remain widespread across the web.

Rihanna Taking Out The Trash

This Harper’s Bazaar photoshoot of Rihanna taking out the trash in heels was definitely planned with memes in mind.

I’m drinking too much and put on 20 lbs, but at least I’m really sad 😔

Read more about TikTok trends and memes for September 2020 in our roundup here.

Next up: The Best TikTok Trends To Try In September 2020

The Best TikTok Trends To Try In September 2020