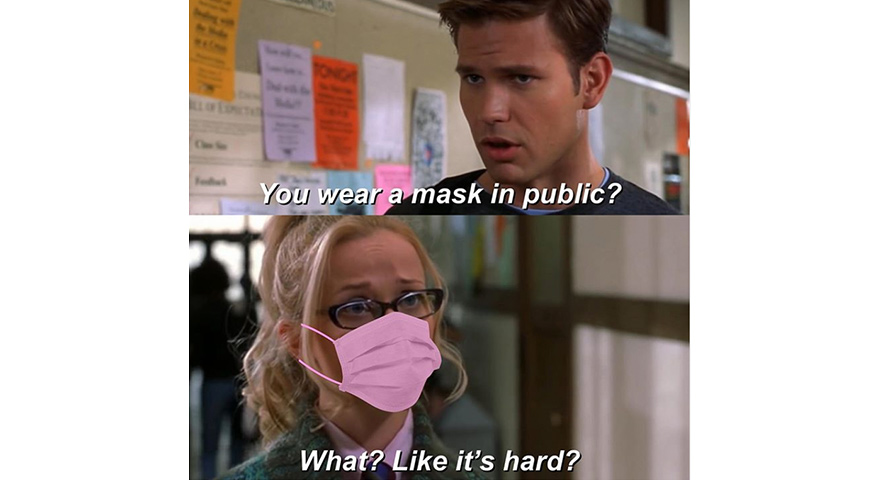 These Memes Remind You To Wear A Face Mask The Brief: We've compiled the top memes from July 2020 and some August-specific memes to usher in a new month.

Memes Of The Month

Here are some of the most popular memes from July that have potential to remain relevant throughout August 2020. Read more about the top TikTok trends of the month here.

These out-of-this-world memes, which are all about questioning reality, peaked in popularity in July.

TFW your wife got into an entanglement with August.

This multi-lingual wormhole mashup meme is popular on Reddit.

These memes include a very boiled-down depiction of the differences between communism and capitalism.

This format started appearing in May, but stayed popular through July.

These have a similar premise to the doge vs. cheems memes, but with Wojak and Chad instead.

It is evolving just backwards from dankmemes

As health officials double down on the importance of wearing face coverings to mitigate the spread of Coronavirus, memes reminding people to wear their masks became useful PSA’s.

More fleeting memes from July include the “everything is cake” moment, “Washington Football Team” memes, Mark Zuckerberg surfing while wearing too much sunscreen, and “what ____ you are” Instagram accounts.

Most memes about August 2020 predict that this month will be yet another disaster-filled disappointment.

The meme for August. You are now prepared. pic.twitter.com/L6ynncCQsQ

I just realized Crysis takes place in August 2020 from dankmemes

Guys what has been July’s disaster for 2020??incase there hasn’t ben one yet then we are probably going to get double teamed in August so we should all start writing our wills Just I case from memes

We got too much going on from memes

Next up: #DadCult: TikToker's Dad Is A Popular New Profile Picture