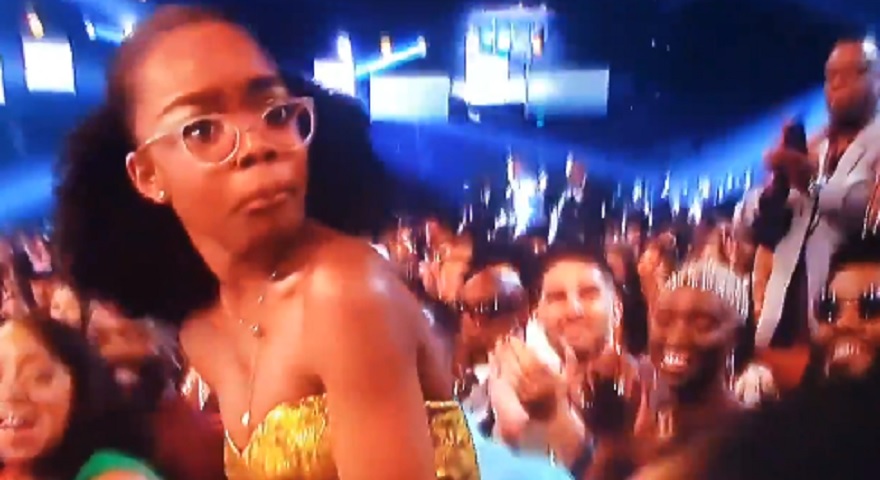 Marsai Martin Out-Memed Herself at the BET Awards

The Brief: This reaction meme uses a clip from Marsai Martin's recent BET Award win to convey a sense of surprise.

She also won over the internet with her very memeable reaction.

The now-viral meme uses a clip of Martin’s reaction to convey the surprise one might experience in certain situations. Unlike the Me Explaining meme reaction, this surprise is usually one of a positive nature.

When the ice cream machine works at McDonald’s and they got the order right with no attitude #BETAwards19
pic.twitter.com/VKpUfF0waD

Martin’s win makes her the third youngest entertainer to accept a BET Award.

The 14-year-old starred in, executive produced, and conceived the original idea for the 2019 fantasy-comedy, Little.

Ella Mai: "Let the music do the towking"

From FWB to Bae status:

When he introduces you as his “girl” in front of his friends.🤣🤣 https://t.co/OcF2B5PbtZ

Many Twitter stans quickly pointed out the similarities between Martin’s reaction and a popular GIF of her performance on ABC’s Blackish.

Surely, this won’t be the last we see of Marsai Martin memes. Long live the meme queen!

marsai always blessing us with a good meme 😂

Next up: The Git Up Dance Challenge By Blanco Brown #TheGitUpChallenge

The Git Up Dance Challenge By Blanco Brown #TheGitUpChallenge