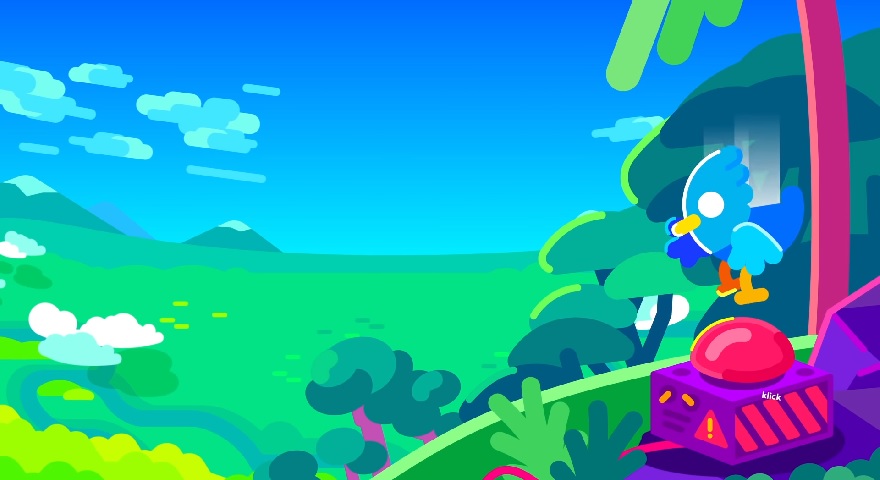 The Brief: Taken from a screenshot of an animated educational video, this meme is used to convey something backfiring tremendously in someone's face.

Though the characters in this meme seem innocent enough, the context behind the meme much darker.

This dank meme format, currently trending on Reddit, comes from a series of screenshots, taken from a Kurzgesagt – In a Nutshell YouTube video, “What if We Detonated All Nuclear Bombs at Once”.

Here we go again from r/dankmemes

my poor eyes from r/dankmemes

Every hecking time from r/dankmemes

In this particular video, they explore the possibilities behind what might happen if we detonated all of the world’s nuclear bombs at once.

Kurzgesagt has a niche following, so it didn’t take long for memes to begin popping up once the video dropped on March 31st.

In this meme, the image macro shows a bird pressing a button which ignites a nuclear reaction. The meme is meant to imply that someone has made a bad choice and the results quite literally “blow up” in their face. The magnitude of the blast is huge, similar to a nuclear explosion. Talk about getting clapped!

I finally got it just right 🙁

F in the chat from r/teenagers

It’s clear that animated bird memes are trending, what with the recent Duolingo Owl memes, too!

There are several variations of this meme – some of which feature additional images and others which have been animated by meme-makers:

Kurzgesagt is a blessing. from r/dankmemes

this gif took my time but alright from r/dankmemes

Happens every time (kurzgesagt is a blessing) from r/dankmemes