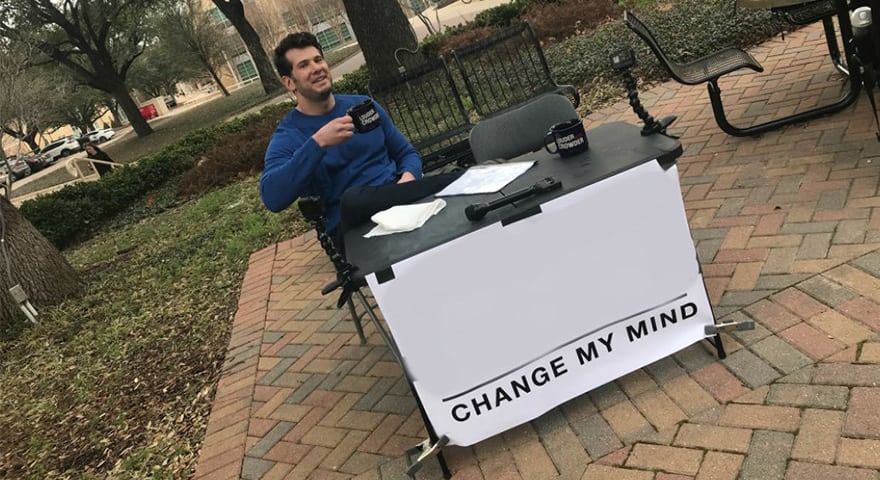 The Brief: Videos of conservative internet personality Kaitlin Bennett, commonly known as the "Kent State Gun Girl," being made fun of while trying to prove others wrong have been going viral online.

While she appears to be on a quest to “own the libs,” it looks like she’s getting owned herself. Political agitator Kaitlin Bennet is often referred to as the “Kent State Gun Girl” because of viral photos she’s taken posing with guns and rifles including her Kent State graduation photos. She is an outspoken defender of the Second Amendment and an opponent of trans rights. On her YouTube channel, Liberty Hangout, Gun Girl posts videos of herself on college campuses asking leading questions, often in attempts to anger liberal college students.

Kaitlin’s videos have been going viral on Twitter, but mostly not in her favor. These clips show Bennett trying to be incendiary and attempting to get a rise out of people, only for them to articulate their opinions, often backing them up with facts. While the Kent State Gun Girl appears to be posting the videos to prove her own points and support her far-right beliefs, they’re being used against her in a type of unintentional self-drag.

Instead of retweeting her content and directly giving Kaitlin social media clout, critics have been posting clips from her videos on Twitter with their own commentary added in the captions.

You could not make this better if you tried pic.twitter.com/sTyUBAmq7z

Do you hear the DELUSION and STUPIDITY that comes out of the Kent-State gun girls mouth? Shoutout to this Australian king pic.twitter.com/0uXBXaazLr

“what if we live in a racist system?”

he tore her ass apart, I just had to stan pic.twitter.com/sc00IevdNs

Tweets, memes, and roasts referring to Kaitlin as the “Kent State Gun Girl” have been circulating, many of which criticize her for her failed attempts to use other people’s reactions to support her conservative talking points.

The Kent State gun girl idiot went to University of Kentucky and tried to get anyone on campus to freak out about trans people in bathrooms and literally every single student is "nah, it's cool."

I knew I recognized the kent state gun girl pic.twitter.com/U3Xgns5VcA

seeing those videos of kent state gun girl getting absolutely owned all over twitter pic.twitter.com/oWUr6L5ErU

Online, rumors have circulated about the Kent State Gun Girl allegedly pooping her pants at a frat party. Whether or not there’s any truth to this rumor (accidents do happen), this trolling tactic demonstrates how widespread anti-Gun Girl sentiment is online.

All these gun girl videos are reminding me of the time I gave her the business pic.twitter.com/2tZ9Pcnj7w

Kaitlyn Bennett (aka, Gun Girl, aka pooped her pants at a party) uses fart noises to bleep out curse words. No one really knows this, but she records her own fart noises! She also wears diapers cause she poops her pants so frequently.

Gun girl can have a little poop in her pants, as a treat.

Next up: Doja Cat's 'Say So' TikTok Dance Trend #SaySo