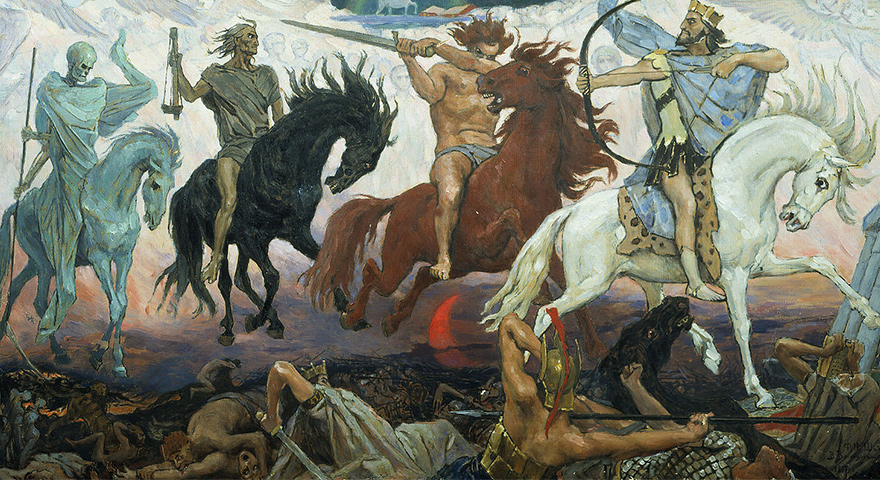 Four Horsemen Of The Apocalypse Memes 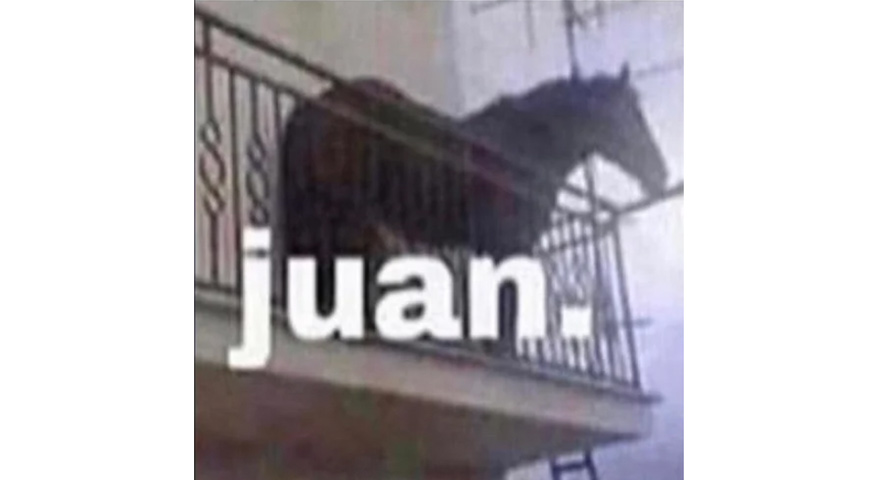 The Brief: Juan the Horse is a meme of a horse on a balcony labeled with the name Juan.

A combination of a photo of a horse on a balcony and text that reads “Juan” is a popular meme about a god-like horse. Images of the horse in question have been online since as early as November 2015 when one was posted to Imgur with the caption “only in Malta.” Over the past several years, this photo has been used in a variety of memes, many of which question what exactly that horse was doing on a small balcony. This is not the only picture of a horse on a balcony to circulate online. A 2014 article from Mirror tells the story of a different horse who was photographed on a balcony in Poland after it was temporarily placed there to prevent it from being stolen.

horses are finally back on balconies. nature is healing pic.twitter.com/GtTVZPvizJ

The paring of the name Juan with this picture of a horse originates from Spanish-speaking internet communities and dates back to as early as July 2020. A Fandom Wiki page from September 2020 about “Juan el Caballo” that’s written in Spanish describes him as an extremely powerful crime-solving racehorse who observes Mamarre City from his balcony. According to this Wiki page, Juan is a friend of the meme character Marselo and lives in the fictional Mamarre Studios universe.

Juan the Horse memes are particularly popular on Reddit in late October 2020. These memes typically depict Juan as powerful, ever-present, and worthy of worship. The popularity of this meme may be in part due to its similarities to “man horse” memes and other Spanish language memes like “horse Luis,” which dates back to 2014.

Everyone please praise Juan from memes

It appeals to the male fantasy from memes

A Charlie Kelly explaining to a seal meme:

Juan is a god from memes

Juan or Ahmed ? from memes

Oops! All Juan from memes

Juan the horse. from dankmemes

Fellas is your girl Juan?

Juan is juan from memes

Next up: Single Woman Vs. Distracted Bride And Groom Memes