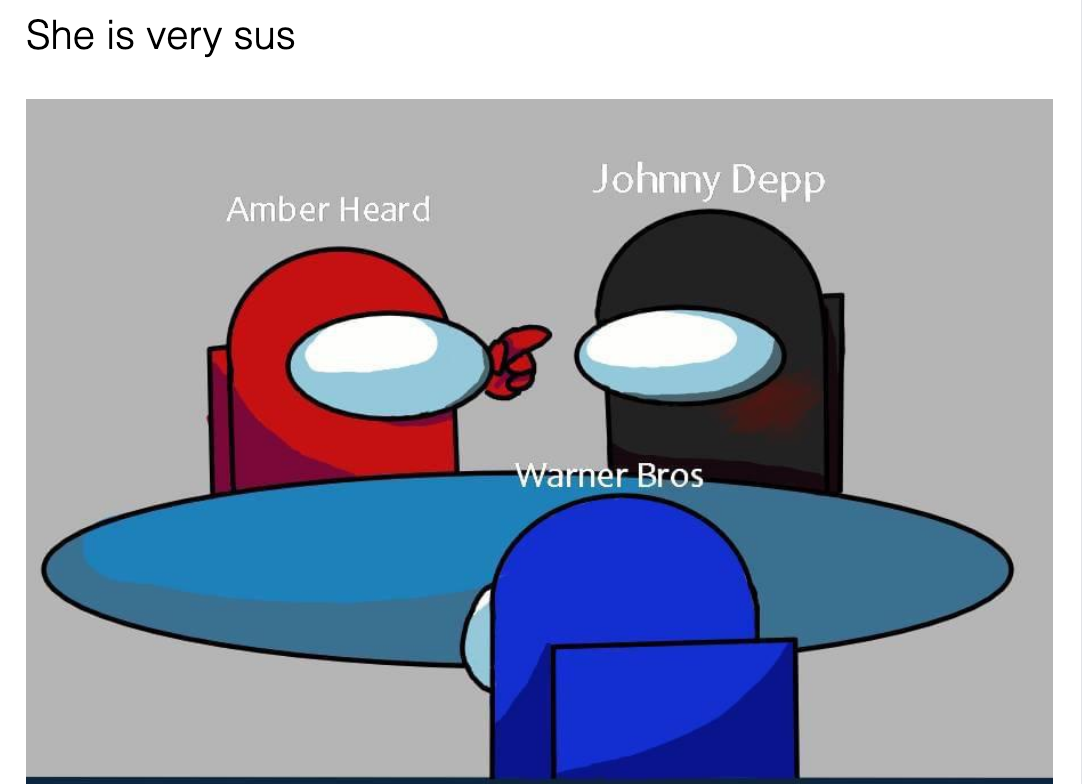 The Brief: Johnny Depp and Amber Heard memes and TikTok videos are circulating online as fans take sides regarding allegations that Depp abused his ex-wife.

As of Nov. 6, Johnny Depp announced he is resigning from the cast of Fantastic Beasts franchise. This comes after years of salacious headlines alleged Depp was verbally and physically abusing his ex-wife Amber Heard and days after Depp lost his libel suit against The Sun, a British tabloid that referred to him as a “wife beater.”

Heard filed for divorce from Depp in 2016 and in the years that followed she became one of the front-faces of the #MeToo movement which saw women in Hollywood speaking out against male executives, actors, and crew members who abused their power. Depp filed a lawsuit against her for domestic abuse and defamation.

On Jan. 31, The Daily Mail released audio of a therapy session between the couple. In it, Heard admitted to hitting Depp, saying, “I don’t know what the motion of my hand was, but you’re fine, I did not hurt you, I did not punch you, I was hitting you.”

Fans formulated their own opinions and took sides, with many of them creating TikTok videos and memes. It looks like most of the memes in circulation are in support of Depp.

On TikTok. Depp’s supporters of Depp shared videos under the associated hashtag #JusticeForJohnnyDepp, which currently has over 88.2 million views on TikTok. The hashtag #AmberHeardIsAnAbuser has accumulated over 18.2 million views.

#greenscreen the perfect portrait of a female ab*ser. How dare u #amberheardisanabuser #johnnydepp

Johnny Depp on his way to tell Disney & Warner Brothers they can get fucked 🤍 #fireamberheard #justiceforjohnnydepp pic.twitter.com/OLmvnSccBL

A Pirates of the Caribbean reference:

An Among Us meme:

She is very sus from dankmemes

Abuse doesn’t care about gender. Speak up if you’re being mistreated. from dankmemes

"Tell the world, Johnny, tell them 'I, Johnny Depp, a man, I'm a victim too of domestic violence' and see how many people believe or side with you." – Amber Heard. #FireAmberHeard pic.twitter.com/WV1eEwwT3v

A Fucking Legend. from dankmemes