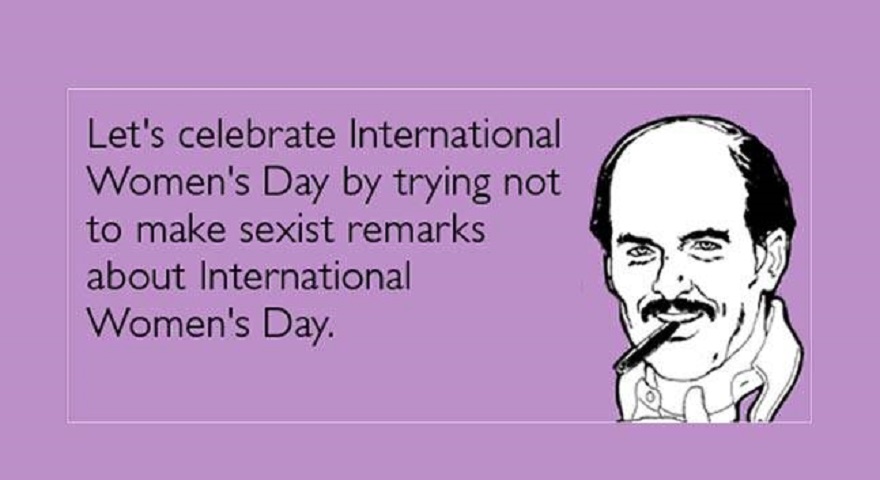 The Brief: We've collected the most empowering and uplifting memes to help celebrate International Women's Day on Friday, March 8th.

Hello #WCW! This Friday, March 8th, marks International Women’s Day and whether you decide to take to the streets for the celebration or keep things more low-key, the time has come to think about how you’re going to acknowledge the strong, empowered women all around you.

WHO RUN THE WORLD? GIRLS pic.twitter.com/T8NUmj2kjx

This year’s campaign theme is #BalanceforBetter, the main idea being that by forging a more gender-balanced world, we can in turn create a better world. As we’re only days away from the global event, we decided to gather some of the best and most inspiring memes from Women’s Day’s past.

When #InternationalWomensDay has you inspired… pic.twitter.com/xEV4ab2H4K

While others feature male figures (because let’s not forget, men can be feminists, too).

Some memes call out the patriarchy…

when your textbook that was written by four men questions the fight for women's rights. pic.twitter.com/GTXuZjhZWL

Happy #InternationalWomensDay💕 and shoutout to all my #BossLadies for following their dreams and not being afraid to be the only girl in the room. We don’t need men to give us our dream lives. We can be CEOs too!💪🏼

While others focus on female empowerment, encouraging women to (sometimes literally) lift each other up.

A post shared by Laura Callaghan (@lauracallaghanillustration) on Mar 8, 2018 at 3:54am PST

The GIRL POWER: YOU ARE ENOUGH Manifesto

Any girl anywhere: I hate my body.

💙💙
On the day after #InternationalWomensDay and #FollowFriday – I want to thank so many women I know who #FightLikeAMother every day to #Resist terrible policies & leave the world a better place for our children!
💙💙#FF #SignOfTheTimes pic.twitter.com/XoLoL65D1G

And let’s not forget the quotes from and images of some of the most influential women in history.

Ruth Bader Ginsburg is the woman who said today's quote, "Women belong in all places where decisions are being made… It shouldn't be that women are the exception." #InternationalWomensDay #RJWomen pic.twitter.com/4ad7qRgwfF

Thank you to the women we’ve missed, the women we know, and the ones we will meet. You can find a compiled list of events taking place all over the world on the International Women’s Day website.

“Who run the world? Girls.”
– Beyonce

Next up: The Best Bachelor Jumping the Fence Memes