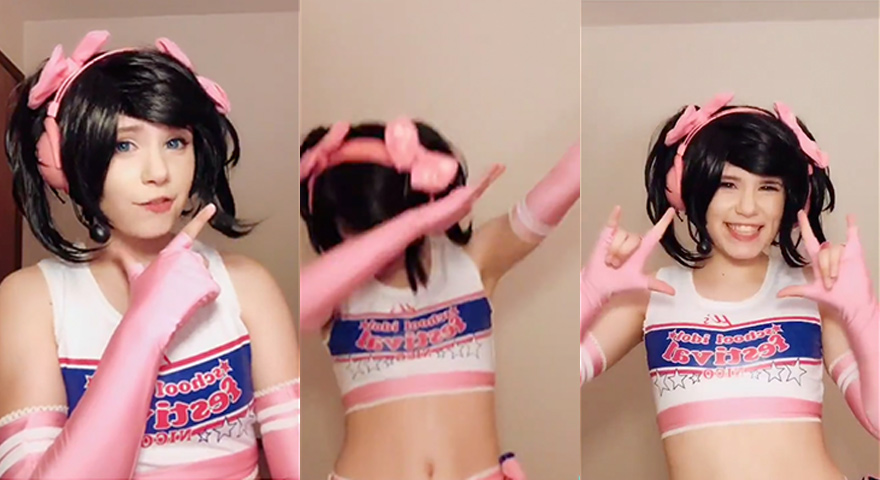 The Brief: On TikTok, Hit Or Miss memes have a variety of origins and variations.

Hit or Miss TikTok memes typically reference the song “Mia Khalifa” by iLOVEFRIDAY. Some memes involve dance moves and interpretations of the song. In what’s known as the #HitOrMissChallenge, someone starts shouting lyrics to “Mia Khalifa” in public, hoping someone will respond with the next lines in the song. TikTok-er Nyannycosplay became a well-known meme after she posted a video of herself dancing to a part of “Mia Khalifa” while dressed in cosplay.

Many of these memes poke fun at the cringey-ness of the songs and trends associated with them. “Mia Khalifa” has come to reach meme-status as a song and with the spinoff memes it has inspired.

This song by the duo iLOVEFRIDAY, consisting of Xeno Carr and Smoke Hijabi, is a roast of adult actress Mia Khalifa.

The following lyrics have been used in over 4.9 million TikTok videos:

Hit or miss, I guess they never miss, huh?
You got a boyfriend, I bet he doesn’t kiss ya (Mwah!)
He gon’ find another girl and he won’t miss ya
He gon’ skrt and hit the dab like Wiz Khalifa

These meme videos contain everything from dance moves to comedic bits to pets to makeup tutorials to exaggerated facial expressions.

TikTok-er Nyannycosplay’s video of her dancing to “Mia Khalifa” Much of the source of this video’s virality involves people making fun of it for being cringey, but Nyannycosplay also has a devoted fandom. On her Instagram and TikTok combined, she has over one million followers.

In the #HitOrMissChallenge, someone records themselves shouting “hit or miss” in public and wait to see if anyone responds with the next lines in “Mia Khalifa.” This hashtag has over 90 million views on TikTok.

The song “Hit Or Miss” by child pop star Jacob Satorious is featured in the background of over 1.3 million TikTok videos.

Next up: #AccidentalMusic TikTok Memes