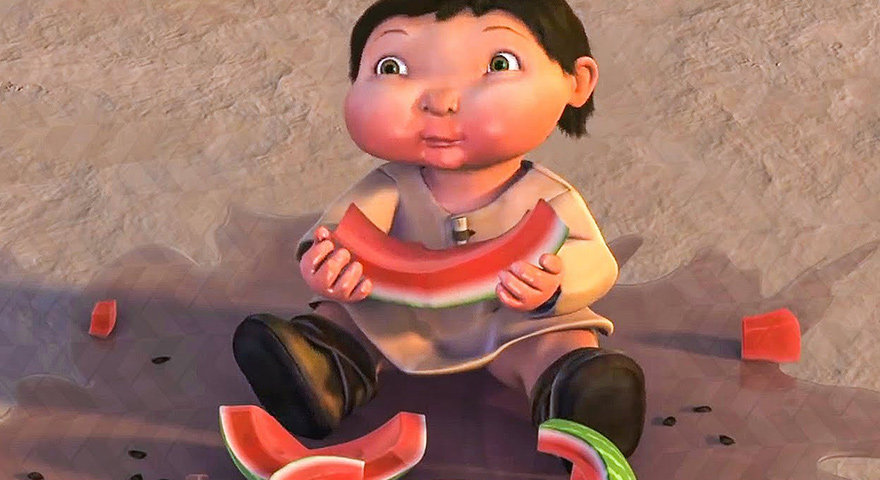 Ice Age Baby Memes – Why The Internet Hates Him Thanos: The Super-Villain And Super-Meme
Memes The Brief: "Hi Adolf" memes use a scene from Jojo Rabit to imply that certain people or things are so evil that they're similar to Adolf Hitler.

This meme format comes the 2019 film Jojo Rabit. In a scene featured in the film’s trailer, Adolf Hitler (who is technically Jojo’s imaginary friend), played by the film’s director Taika Waititi approaches a young boy (Jojo) from behind a tree in the forest. Jojo casually replies to Hitler’s greeting with “hi Adolf.”

As Jojo Rabit is a satirical anti-Nazi and anti-hate film directed by a Polynesian Jew, it seems appropriate that Hi Adolf memes inspired by the film would continue to make Hitler the butt of jokes. However, some iterations of these memes may undermine the seriousness of Nazi-led atrocities by comparing everything from vigilant vegans to Instagrammers to Adolf Hitler.

Although the original scene juxtaposes the evil that’s rightfully associated with Hitler with Jojo’s friendly greeting, many Hi Adolf memes may not carry this same tone as it isn’t necessarily clear from these image macros except to those who have seen the film or its trailer.

The worst people from dankmemes

I’m sorry guys I was bored from dankmemes

Why’d you do that? from dankmemes

The lowest scum in history from dankmemes

Next up: Democratic Primary Memes For Super Tuesday 2020