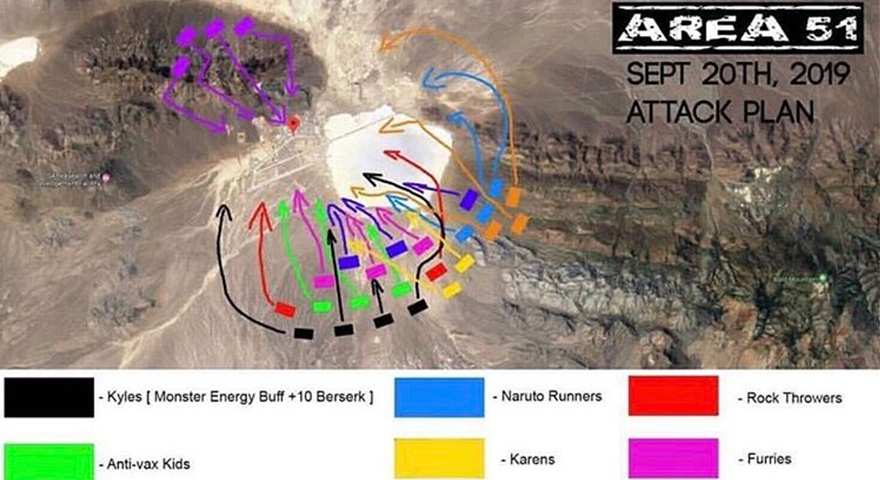 The Brief: A former Israeli official's claims that a group of extraterrestrial aliens known as the Galactic Federation has been in talks with officials on earth about joining have been met with memes and mockery.

Former Israeli space security chief Haim Eshed alleged that outer space aliens are real and have been in conversation with the U.S. government, inspiring many memes and jokes about the possibility of a “Galactic Federation” existing.

On Friday, Eshed, the former head of Israel’s Defense Ministry’s space directorate, told Israel’s  Yediot Aharonot newspaper that the United States government has signed agreements with aliens and that there is an “underground base in the depths of Mars” where some inter-species meetings have taken place. When the interview, which also suggests that Donald Trump knows about the aliens but has been keeping it a secret, was translated to English, the story gained international attention.

Eshed’s claims haven’t been corroborated by any official sources. Due to their outlandish nature, memes about aliens and the Galactic Federation started spreading in response. Memes include jokes about what a Galatic Federation would look like, how 2020 keeps on getting weirder, and why Earth hasn’t been admitted to the federation yet.

The Galactic Federation piloting a trip to earth to frack us for all we’re worth pic.twitter.com/f7YsfZj0Il

The Galactic Federation of Aliens: pic.twitter.com/tiFEbhGnJD

humans: can we meet the aliens yet

Of course, Elon Musk tweeted his own spin on the subject:

“So long, and thanks for the orifice!”
– Alien message decrypted

Some people saw this as an opportunity to mock Mark Zuckerberg by suggesting that he’s the alien leader of the Galactic Federation.

This the mf the Galactic Federation sent to spy on us.#Aliens pic.twitter.com/IWFGmo7s1A

Real photo of the leader of the Galactic Federation locating their underwater Earth base. #Aliens pic.twitter.com/BDClwHaCKS

#Aliens on their way to Earth to be the final boss of 2020 pic.twitter.com/VSg0zFJ2uQ

2020 bingo is getting a little too easy…

A list of shit that will suprise me in 2020. #aliens pic.twitter.com/NKmQ1YyzWn

Other memes made fun of Earth for having so many problems when other members of the supposed Galactic Federation are advanced enough to travel the galaxy.

The aliens in their galactic federation meeting doing their monthly check up on earth: pic.twitter.com/0FpJPFv1xN

imagine being the earth ambassador for the galactic federation and every week ur boss is like “is earth ready yet” and ur just like pic.twitter.com/LxkhoUlUZo

The galactic federation discussing if earth is ready to join #aliens #GalacticFederation pic.twitter.com/27Yl621fv5

Incase anyone was wondering the “Galactic Federation” is the alien government from from Lilo and Stitch 🥴 pic.twitter.com/Qren7uZfbR

Next up: 'How Bizarre' TikTok Trend