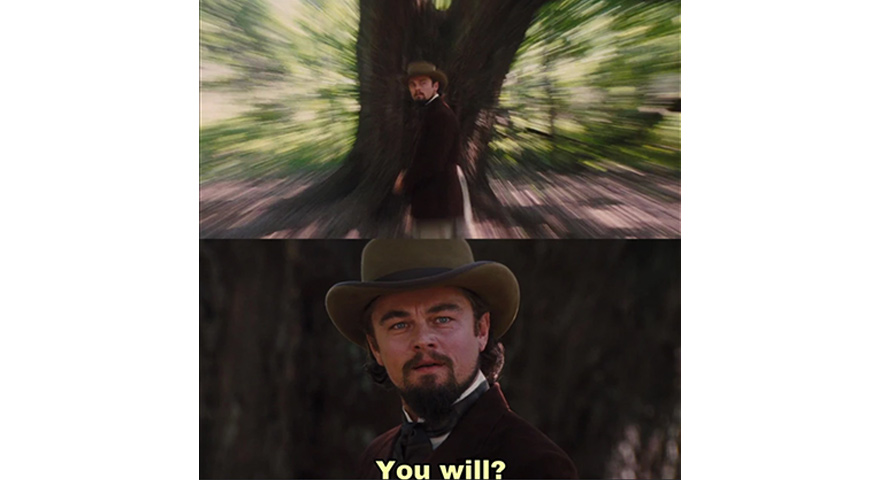 Leonardo DiCaprio ‘You Will’ Memes Donnie Darko ‘I Made A New Friend’ Memes

The Brief: Screenshots from Donnie Darko where Donnie tells his therapist that he made a friend, only to reveal that it's an imaginary one, are being used in memes about perceptions of friendship and reality.

“I made a new friend” memes come from a scene in Donnie Darko where Donnie (Jake Gyllenhall) tells his therapist about an imaginary friend he made. The exchange goes:

Memes use screenshots from this scene to depict scenarios where someone brags about making a friend, but then reveals that it’s not exactly a “real” one. Other variations of these memes joke about people acting like something else is more legit than it really is, such as overplaying scennarios in their head or getting overexcited about unoriginal projects.

Donnie Darko “I made a friend” memes often depict people thinking that they’ve made a strong connection with someone, only to realize that it was merely an impersonal online interaction. The dark elements of the original scene contrast the silliness of the situations conveyed in the memes, yielding comedically melodramatic results.

Although Donnie Darko came out in 2001, these “I made a new friend” memes are rising in popularity on Twitter and Instagram in September 2020, especially among film lovers.

“I made a new friend” memes like this Animal Crossing one can also be found on Reddit.

I made a new friend! from AnimalCrossing

Next up: What Does 'Is Sus' Mean In Among Us?

What Does 'Is Sus' Mean In Among Us?