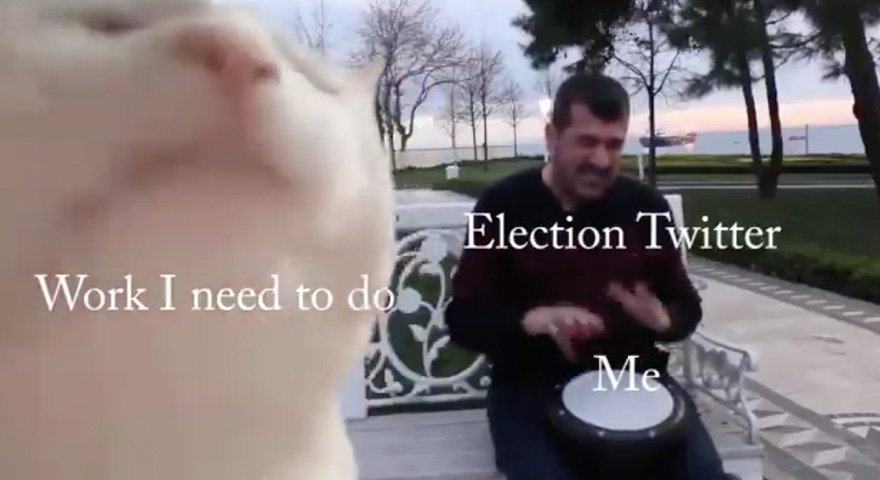 The Brief: A video of a pixelated cow dancing to a song in Polish is now meme-famous online where she's known as "Polish cow."

Polish Cow, also known as Dancing Cow and “Dancing Polish Cow at 4 am,” is a meme consisting of a GIF or video of a pixelated dancing cow set to the Polish song “Gdzie jest biały węgorz ? (Zejście).” The song, which is known for its opening lyrics “tylko jedno w głowie mam,” is by Polish artist Cyprian “Cypis” Racicki.

The song itself was released in 2015 and memes pairing it with the pixelated dancing cow video emerged in 2020. These videos spread on YouTube with various edits, memes, and remixes. From there, dancing Polish cow memes spread across the web, peaking in popularity in late summer and fall 2020.

It’s not 100% clear why this meme has become so popular other than that the song is a bop, and the cow is totally vibing.

Cypis has acknowledged the meme, posting variations on social media and uploading a dancing cow remix to his YouTube channel.

While the song itself is somber and about drug use, the cheery cow and the fact that non-Polish-speaking listeners can’t understand the lyrics, make the meme generally fun and upbeat.

At the time of writing, videos associated with the hashtag #PolishCow have been viewed over 25.5 million times on TikTok.

The cow has inspired fan art:

i will never be him 💔 #embroidery #polishcow