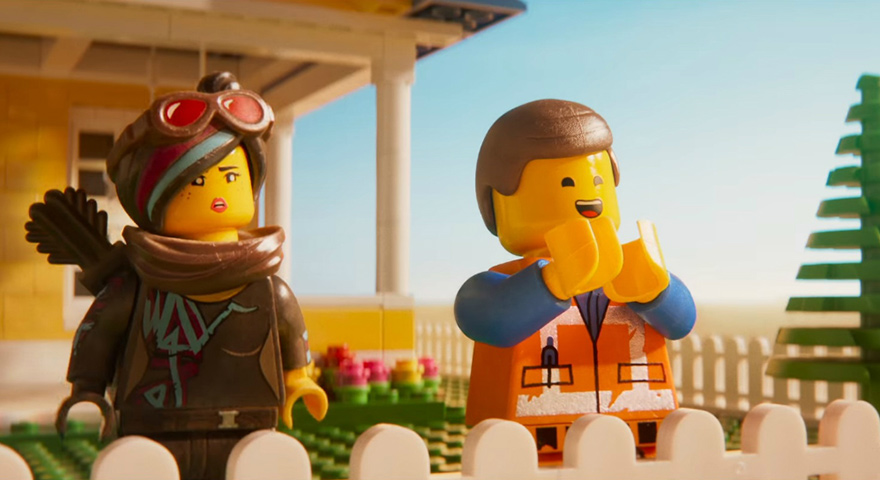 Memes of a screenshot from the 2018 trailer for The LEGO Movie 2 feature Lucy looking confused while Emmett excitedly claps. The image comes from a scene featured in the trailer where Lucy dramatically says “you have to be tough and battle-ready” and Emmet then gets distracted by a light in the sky and exclaims “Look, a shooting star! Make a wish!”

The juxtaposition between Lucy’s annoyed/angry/confused reaction to the situation and Emmett’s gleeful clapping has been applied to a variety of situations in these LEGO Movie 2 memes. This format started spreading on the Dank Memes Subreddit in mid-October 2020. They typically convey situations in which one person (who is often a woman) is disturbed or unimpressed by something while another person (who is often a man) is extremely excited about it.

The pharaohs were obese you know from dankmemes

A classic “the Southern Hemisphere is upside down” joke:

(Pretend I said something funny) from dankmemes

This LEGO format has been used for several NSFW and raunchy jokes where the characters’ expressions represent mixed reactions to shocking scenarios.

He was looking cute to biblical proportions from dankmemes

Good one son. I’m proud of you from dankmemes

On the different regional meanings of a swear word: