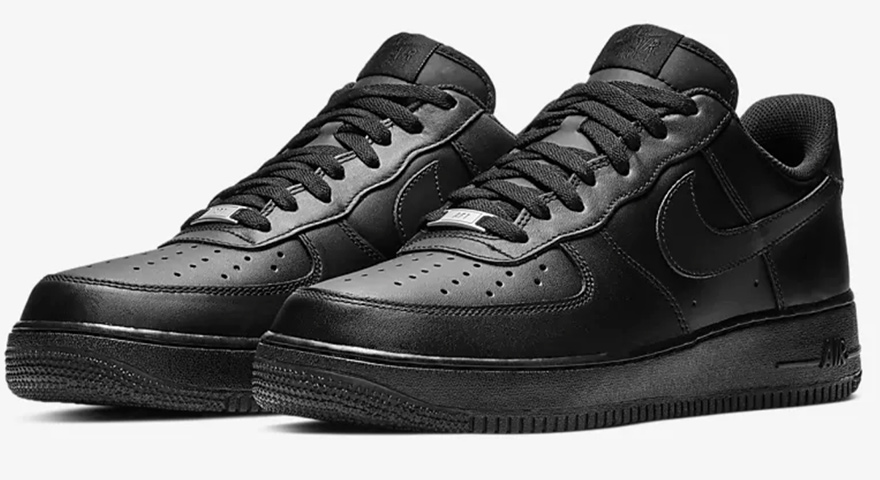 The Brief: Black Air Force 1 memes poke fun at wearers of these shoes because they are associated with criminals and untrustworthy people.

Nike Black Air Force 1 memes dunk on people who choose to wear these shoes for being suspicious unreliable, or downright dangerous.  To many, Black Air Force 1 shoes, which are also known as black forces or black AF1’s,  will forever be associated with criminal activity.

Wearers of the shoes are often considered to be shady, untrustworthy, and suspicious. While in some occupations, AF1’s are worn as work shoes, their stereotype as a shoe of a grifter or gangster usually excludes when they are part of a uniform. It’s said that the older and more worn out someone’s shoes are, the less upright they will be.

Black Air Force 1 memes went viral after Drake was pictured with model Malaika Terry, who was wearing a pair. These jokes are particularly popular on Black Twitter.

The phrase “Black Air Forces Activity” can be shorthand for “criminal activity.” It was used in a comedy sketch making fun of those who wear AF1’s.

While many jokes about black Air Forces insult those who wear them, many people lean into the stereotype, proudly wearing black AF1’s and acknowledging their negative connotation.

Everyone who commits crimes in black forces finally got them a shoe to wear in court. https://t.co/nPmcf3tdfa

My man had the black Air Forces on, I knew he was about to kill something https://t.co/7YZEJzYUPX

Me with my creased black air forces pic.twitter.com/OcvkU1NdB3

nissan altimas are the black air forces of the road

Next up: What Is Scam Rap?