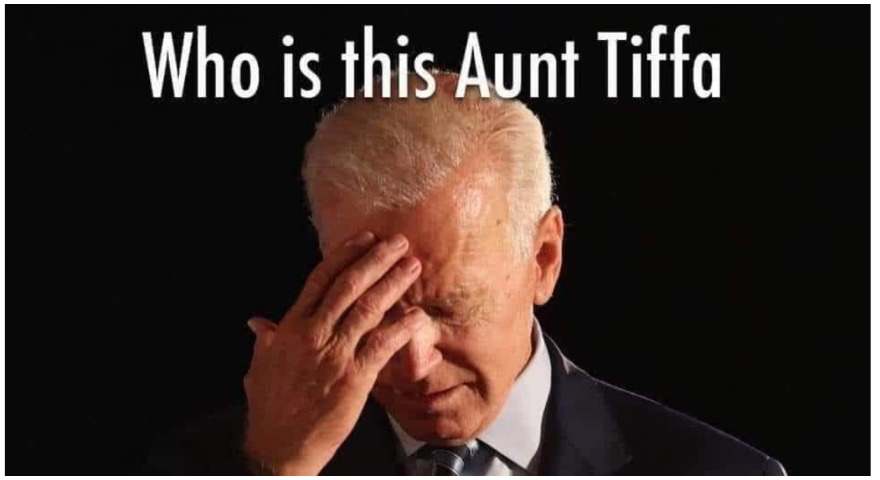 The Brief: Anti-Biden memes are created by those who are not in favor of 2020 Democratic presidential candidate Joe Biden.

Anti-Biden memes are created by critics of the Democratic presidential candidate Joe Biden. His criticizers consist of both Republicans, as well as liberals who feel his policies are too conservative.

Biden received copious amounts of backlash after reports claimed that he behaved inappropriately around women. Eight other women alleged Biden made them feel uncomfortable in their personal space after former staffer Tara Reade filed a complaint in March 2020 about Biden’s inappropriate behavior with her back in 1993.

Biden denied sexually assaulting Reade. He also acknowledged the complaints and promised to be “more mindful about respecting personal space in the future.” Photos have circulated of Biden resting his hands on women’s shoulders and leaning his close towards their heads and he has been dubbed “Creepy Joe” by some. Photos of him embracing or close to children have made rounds too, but there is no evidence to support claims Biden was ever inappropriate with children.

Memes about Biden’s age weren’t off the table either, despite the 76-year-old being only four years Trump’s senior. 45’s supporters and Biden’s critics zeroed in on the ageist jokes and created memes around characteristics of the elderly (sleeping all the time, hard of hearing, forgetful, telling long stories, etc.).

Note: this is not an actual video of Joe Biden sleeping. It has been doctored for comedic effect.

Not all Leftists are down with the current democratic presidential nominee. Some Bernie supporters were critical of Biden as the new democratic presidential nominee as his policies were less progressive than Bernie’s, who planned to establish universal healthcare and eradicate student loan debt. These types of memes were characterized by progressive ideals associated with Gen-Z, anti-Boomer sentiments, and statements that Biden is “blue Trump,” as in “just as bad” as his opponent.

If only “vote out trump” was a thing that didn’t involve voting in his blue twin as replacement… It’s scary, I know, we are fucked either way at this point but remember who got us here ~ @thedemocrats ~ So my ass is officially independent and will be voting for @howiehawkins2020 • The Non-Racist, Non-Rapist candidate running on GND + M4A + #abolishice and more. Green Party, ya know, the one Dem’s have been undemocratically forcing off the ballot in several states… Removing the voters choices in order to force them to vote within the rapist duopoly. No better than republicans, they call it Left Wing & Right Wing cuz it’s the same damn bird.

Biden’s son, Hunter Biden, is a recovering addict. Trump, and many others, have used his son’s history with substance abuse as a means to hit Biden below the belt. Many memes also circled the internet after the New York Post claimed Hunter received a $3.5 million wire transfer from the richest woman in Russian widow, Elena Baturina. The outlet reported Hunter had a history of “murky business dealings” and that they were given a copy of Hunter Biden’s laptop hard drive by President Donald Trump’s personal lawyer Rudy Giuliani, who said he got it from a Mac shop owner in Delaware who also alerted the FBI.

According to Politico, over 50 former senior intelligence officials have signed a letter stating emails regarding Hunter and Russia dealings have “all the classic earmarks of a Russian information operation” and is disinformation.

Memes criticizing Biden’s presidential campaign often include insults about his personal life and persona rather than deeper political analyses. They come from the Right and the Left, from people of various locations and ages.