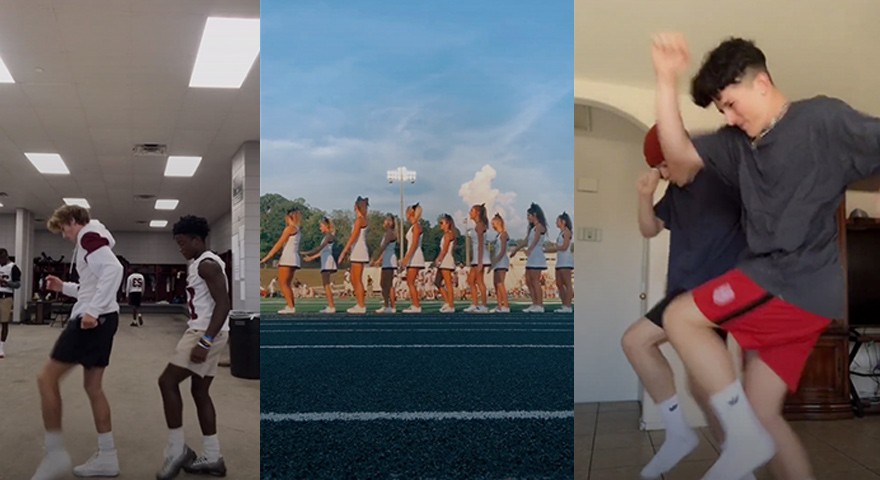 The Brief: A new TikTok dance challenge is set to the song "223's" by YNW Melly, featuring 9LOKKNINE.

Set to the song “223’s” by YNW Melly and 9LOKKNINE, the latest TikTok dance challenge involves a series of foot-based steps followed by a faster version of the moves once the beat drops. “223’s,” which came out in late 2018, has risen to popularity on TikTok in this recent viral trend. Most 223’s TikTok dance challenge videos feature teenagers showing off their own take on this dance. The exact origin of this particular dance routine is unknown, but much like The Woah and “The Buckle Up,” it appears to have risen to viral popularity on TikTok specifically.

The lyrics included in these videos go:

The lyrics of the song, which allude to gang disputes and various types of weaponry (.223’s are a type of ammunition) likely don’t reflect the lives of the suburban teenagers featured in many of these videos.

Tutorials for this dance walk viewers through the basic steps so that they can easily replicate them.

On TikTok, the song 223’s has been featured in over 1.6 million videos.

Next up: Joke Is On You iCarly TikTok Memes #JokeIsOnYou

Joke Is On You iCarly TikTok Memes #JokeIsOnYou