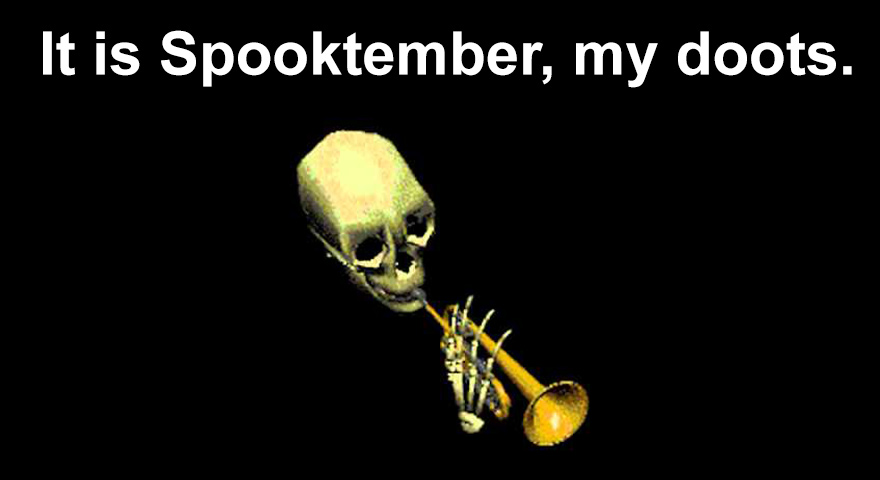 Autumn 2020 Memes To Scroll Through As The Leaves Fall
Internet 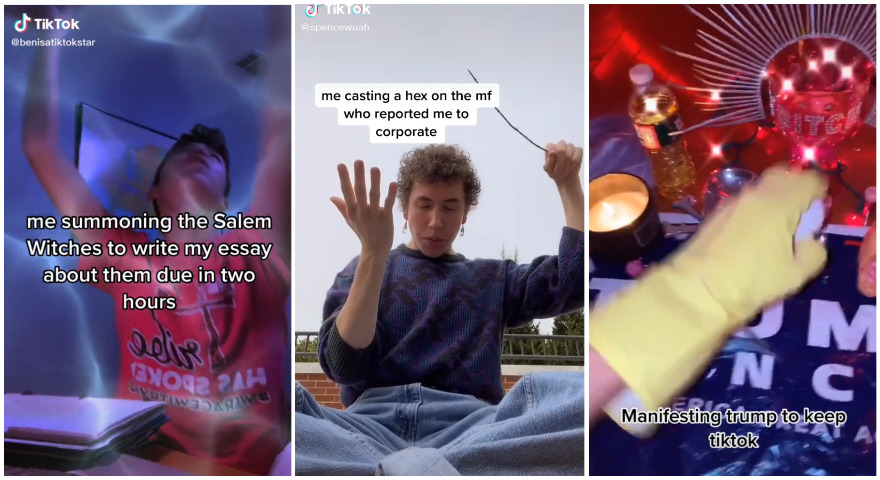 The Brief: Brujas Summoning/Manifestation TikToks feature creators using a Spanish-translation of audio from the 2000's fantasy drama Charmed to cast spells and manifest their hearts' desires.

The Brujas Summoning/Manifestation TikToks trend sees creators casting spells and trying to manifest spirits to do their bidding. These videos are intended to to be funny. While the trend is rising among comedy-based TikTok accounts, it doesn’t appear to have any involvement with #WitchTok, (yet?). These videos began growing in popularity in mid-September.

The audio is a Spanish translation of a spell from the hit 2000’s fantasy drama Charmed, which followed three sisters who discovered they are witches. According to Charmed Wiki, the sisters are performing the Dominus Trinus spell, from the Book of Shadows. It was specifically created to unbind the powers of the Charmed Ones (a prophesied lineage of witches).

Hear now the words of the witches,
The secrets we hid in the night.
The oldest of Gods are invoked here,
The great work of magic is sought.
In this night and in this hour,
I call upon the Ancient Power.
Bring your powers to we sisters three,
We want the power.
Give us the power.

At the time of publication, there are over 14,000 video linked to the sound. It first appeared in a June 3 TikTok by creator @Johnymercury. The video was hashtagged #charmed “Aqui ahora las palabras de las brujas.”

The audio became a meme in which creators cast spells to achieve their deepest desires. On of the most popular takes is by @Spencewuah. His video saw him attempting to hex the individual who reported him to corporate at his job. The TikTok received over 230,000 likes and 940,000 views.

@Benisatiktokstarr summoned the Salem Witches to help him write his essay about them. The video garnered over 172,000 likes and 646,000 views.

I hope this works 💖✨

Based on a true story #fyp #witchtok

Next up: Breaking Bad Sleeping On Money Memes