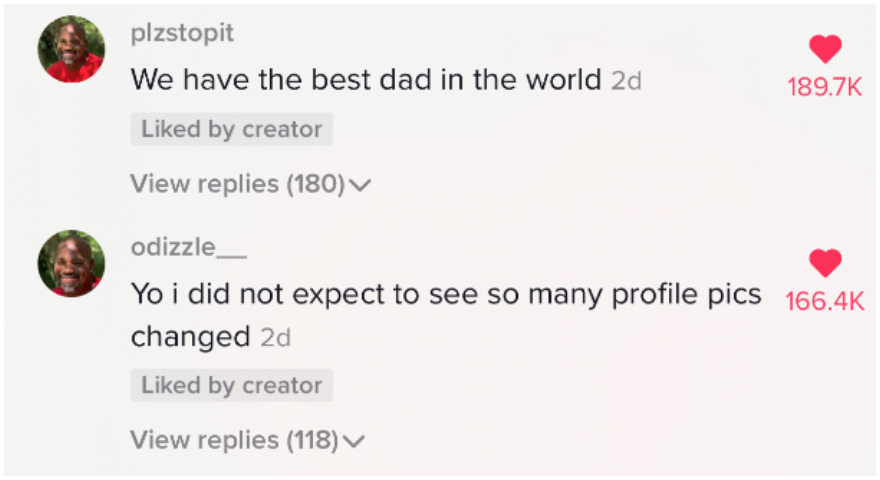 The Brief: TikTokers are changing their profile picture to photos of creator @Notkcurry00's dad as part of a running joke and means of forming community.

TikTok is a platform based on community, based on knowledge of a popular TikToker or a running inside joke. This is what led to the immense popularity of TikTok’s Pop Smoke In The Sky memes spurred off of Evan Papier’s cover of Pop Smoke’s “Foreigner.” Now, a new trend has emerged.

If you’re on TikTok, you may come across many accounts featuring a picture of a bald-headed man among lush greenery in a bright-red shirt. That’s @Notkcurry’s dad and he is a budding meme on the app. The same cause for community that blew up Papier’s cover seems to be what bore this particular trend.

On Juy 29, creator @Notkcurry00 took part in the “In The Night, The Stormy Night Paradise” trend which saw TikTokers sharing stories that started off promising, uplifting, or even heartfelt, and wound up with an unexpected, yet humorous ending. In @Notkurry00’s video, he agreed to take photos of his father to send to his mother. The photos were amusing, as the first depicted a classic 90s R&B cover-style stance, while the second showcased an adorable smile.

The video was captioned, “$20 to whoever makes my dad their profile pic.” Well, 3.6 million likes, 12.2 million views, and 64,000 shares later and a new trend was born. A quick scroll though the 147,000 comments reveals a good 80+% of commenters changed their profile picture.

While some may have changed their avi for monetary gain, others did it as a joke, and more so, a means of forming a new online community. Top comments ranged from @Levisppissmall’s 283,000 likes heavy comment, “You mean our dad?” to @Plzstopit’s 189,000 likes strong comment, “We have the best dad in the world.”

@Onciee’s “I don’t even need the money, best pfp on this app.”

@Dschubert’s “I’m not gonna change this.”

@Jackmehoff329’s “This comment section makes me have faith in humanity.”

The profile pic has gone on to take new forms as TikTokers have altered it to include hair, Hot Cheetos, Pokemon, and other designs.

The joke was escalated even further as TikTokers began to “congregate” in the comments section of other, completely unrelated videos, like @Duncanyounot’s Food Network spoof.

This sort of activity is similar to that of TikTok cult wars, where “leaders” encouraged their followers to change their profile pictures to gain more clout, engagement, and/or followers.

As of now, this trend feels more like a gag that continues to grow. Though, it could take on a more serious TikTok cult form, as the original poster seems to be recruiting, as indicated by his simple response to the very few creators who aren’t boasting his father’s photo: “Join us.”

He’s also commented on his own video, “#DadCult.”

Next up: The Best TikTok Trends To Try In August 2020