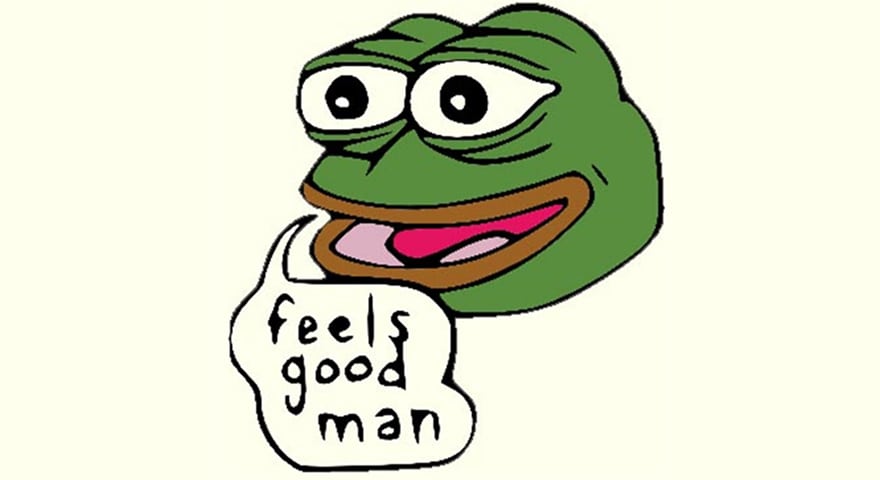 Pepe The Frog As A Symbol For Hong Kong Protestors
Glossary The Brief: Peepo is a smaller, younger, and cuter version of Pepe the Frog.

Peepo, sometimes spelled Pepo, is a variation of Pepe the Frog with features that are smaller, younger, and cuter looking than traditional depictions of Pepe. According to Know Your Meme, Pepo is derived from the Apu Apustaja or “help helper” Pepe, which originated on a Finnish imageboard before spreading to 4chan and beyond.

Since his creation by Matt Furie, mutations of Pepe include both fun memes and appropriations as a hate symbol. Generally, Peepo is framed as a positive meme rather than one rooted in hateful ideology. This character is a popular emote in Discord and Twitch chats.

In July 2020, YouTuber HeydoubleU posted an animated video which included a version of Peepo with features that resemble those of an innocent child. Videos starring this character have gone viral on Twitch and YouTube, inspiring additional fan art and reaction videos.

The term “peepo” is sometimes used as shorthand for the word “people.” There is also a children’s book titled Peepo,  by Janet and Allan Ahlberg, which shows life through the eyes of a baby.

Peepo In The Wild

In addition to gamer chats, the character can be found in various memes, YouTube videos, and social media posts.

The animations by @HeydoubleU were amazing so I drew lil Peepo with his scooter! pic.twitter.com/OTnKJcfSjM

Peepo smiling = me smiling from dankmemes

Next up: Me Romanticizing My Trip To, Listening To Lana Del Rey TikToks

Me Romanticizing My Trip To, Listening To Lana Del Rey TikToks